Kiara Belen is an American supermodel of America's Next Top Model (ANTM) Cycle 19. 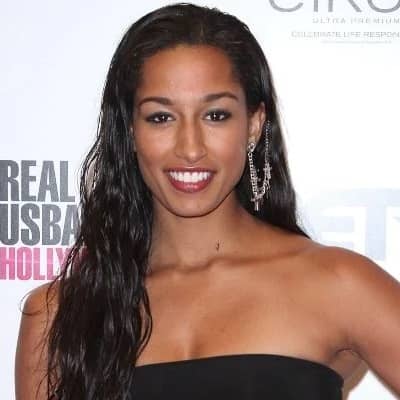 Kiara Belen at present is possibly single. The details about her boyfriend or affair are not published.

But she is now a mother of a child. She has a daughter named Maya Belen-Chapman. However, the birthdate and father’s identity is behind the curtain.

Who is Kiara Belen?

Kiara Belen is an American supermodel. She is also a television personality who rose to fame after appearing on America’s Next Top Model (ANTM) Cycle 19.

She was born as Ann Marie Ward on 16 March 1990 in Las Vegas, Nevada, U.S. The names of her father and her mother are Stanley “Stan” A. Reid III and Ana Maria Belen respectively.

Kiara belongs to mixed ancestry of All-American, Puerto Rican, Colombian. She is the eldest among her seven sisters and brothers.

Regarding academics, she attended Bishop Gorman high school. Then she went to the University of California and graduated as a student-athlete.

Kiara Belen appeared in America’s Next Top Model in 2012 with other contestants Jessie Rabideau, Maria Tucker, Darian Ellis, and more.

However, she came second in the competition and the winner was Laura James.

As a model, she is very successful. She was featured in magazines such as Elléments, Dark Beauty, Long Island Pulse, XiOX, The Los Angeles Fashion, LV Style Couture, and more.

Kiara is associated with the modeling agencies Slater Model Management and TNG Models. She also appeared as a judge in the TV show America’s IT Girl (2014).

She sued the Bravo and Ryan Seacrest Productions for $100,000 in 2019. They aired Kiara’s almost nude scenes in Shahs Of Sunset.

Also, in 2013, police officers pulled Kiara when she was driving in Hollywood. She was charged for driving under the influence but she released on bail.

Regarding Kiara Belen’s body features, her body weight is 58 kg. Moreover, her eyes are brown and her curly hair is black.

Kiara is available on social sites. She has over 12k and 38k followers on Twitter and Instagram respectively.

In addition, she is followed by over 1.3k people on Facebook.