Kiari Cephus famous as Offset is one of the member of Migos. His relationship and marriage with Cardi B was one of the most talked-about affairs. Offset is a father of three children.

Offset's On and Off Affair!

Previously, he was married to Cardi B who is an American rapper in September 2017. In 2018, the couple separated.

Kiari and Cardi B started dating in 2017, he proposed Cardi B in 27th October 2017 during a live performance at Power 99’s Powerhouse in Philadelphia, Pennsylvania.

Cardi B revealed her pregnancy while she was performing on “Saturday Night Live.” On 10th July 2018, their first child Kulture Kiari Cephus was born. He also has three children from his previous marriage: two sons and a daughter named Jordan, Kody, and Kalea. 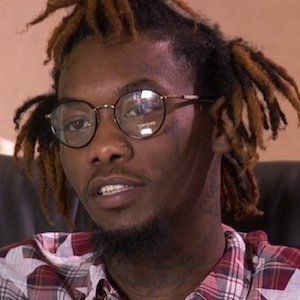 Family is everything and that’s what it’s about.

It's a blessing to have people to support you from across the world.

'Bad and Boujee' connects with everybody.

He is a member of trap music trio Migos and hip hop, known after his single 2013’s Versace. In April 2019, Offset shared an emotional video sharing that he reunited with his dad after 23 years.

His latest album, Father of 4 was released in February 2019.

Kiari Cephus was born Kiari Kendrell Cephus on 14th December 1991, in Lawrenceville, Georgia, the US to all-American ethnicity.

His mother’s name is Latabia Woodward. She is a supporter and volunteer of the American Cancer Society.

His cousins, Takeoff and Quavo are also rappers. The three were raised in Georgia.

He gave a start to his career in 2009 as the Hip-hop trio Migos with the two members of the group, Quavious Keyate Marshall and Kirshnik Khari Ball. Before they formed a group named Popo Club but later it did not work well then in 2010 they decided to change it to Mingos. In 2012, their first tape was released which gained their popularity.

Then they released Versace in 2013 which came to number 99 on the Billboard Hot 100 chart US and the mixtape ‘Y.R.N’.  In the same year, Versace became the 27th best album.

After releasing ‘No Label 2’ and ‘One time’ in 2013 they gained all-time high popularity. Kiari Cephus started to become famous after making its all-time high and the group announced the release of a full-fledged album. Later they signed with 300 Entertainment.

Migos’ first album came out in July 2015 and was then rated Top Rap Album chart which hit number 3 on the list. The group Mingos released their second album in 2017 and was rated debuted No. 1 on the US Billboard 200.

In 2018, he collaborated with 21 Savage and Metro Boomin for Ric Flair Drip which has over 337 million views.

Offset was controversial in April 2015, when the group with 12 other coworkers of Migos was arrested after taking marijuana and firearms. In the same year, they were charged with attacking a convict in custody.

In December 2015, they were released after accepting the Overture deal and fined a huge amount of money. In 2016, he was again caught when he was driving without a proper license. He is also serving five years of probation and also banishment from four different countries.

He has also been a rumor that he and his wife Cardi B are going to split but later it came out to be false.

Also, read the affair, salary, the net worth, controversy, and the bio of Quincy Brown, Tyler James Williams, David Harbour.