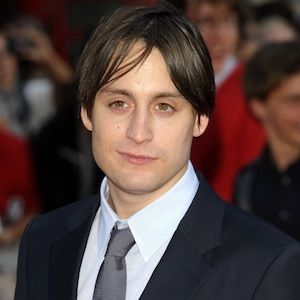 Watching a good actor is the best way to learn

When I worked on Altar Boys, they wanted to see us having fun. The four of us would have fun on set and steal each other's lines, and mess with the director.

Kieran is a married man. He was declared married after he tied the knot with beautiful
Jazz Charton after months of dating in 2013. The couple is living happily ever since their marriage.
After this marriage, there is no any other news or rumors surrounding his relationship or affairs with any
another woman.

Famous from a very age, the cute and dashing actor must have been approached by lots of women but
there aren’t lots of lucky women to have dated this guy beside beautiful actress Emma Stone. Kieran
was in a relationship with elegant actress Emma Stone. But that did not work out long as they dated for
short period from October 2010 to June 2011.

Who is Kieran Culkin?

New York-born Kieran Culkin is an American actor who rose to fame from his early childhood. He is also a stage artist and has acted in a play named “This Is Our Youth”.

He is popularly known for his role as Fuller McCallister in the American Christmas comedy film “Home Alone” and “Home Alone 2: Lost in New York”.

He has starred in various movies like “My Summer Story”, “A Christmas Story”, “The Mighty”, “She’s All
That”, “The Cider House Rules”, “The Dangerous Lives of Altar Boys”, “Scott Pilgrim vs. the World” and
“Movie 43”.

His powerful performance in “Igby Goes Down” was critically appraised by critics who were nominated for a Best Actor Golden Globe Award. He also won a Critics’ Choice Movie Award and
Satellite Award for that performance.

Kieran Culkin was born on September 30, 1982, to mother Patricia Brentrup and father Kit Culkin. His ethnicity is mixed(German, Norwegian, Irish, and Swiss-French) and his nationality is American.

His full name is Kieran Kyle Culkin. His father was a former stage actor with a long-acting career. His father’s profession for sure influenced his
career. He is the fourth of seven children and has four brothers. He grew up with a passion for acting.

Watching his father’s profession, grew his interest in acting from a very young age.
He joined St. Joseph’s School of Yorkville.

After that, he attended the School of American Ballet. There is very little information about his formal education as it can be supposed his time was totally spent on movie
sets.

Kieran acting career started at the age of 8 when he played in the iconic Christmas comedy film “Home
Alone” as a cousin of his brother Macaulay Culkin in the movie, who played the main role. In 1991, he
played the character of Patrick Muldoon Jr. in “Only The Lonely”.

This continued his acting career and landed him lots of roles. However, he mainly would get lead roles in independent films and small roles in mainstream films. His portrayal of Matty Banks in the movie “Father of the Bride” earned him a nomination for the Young Artist Award for Best Young Actor Co-starring in a Motion Picture.

He also played the same role in the sequel of “Home Alone” called “Home Alone 2: Lost in New York”.
This landed him lots of movies and popularity.

These roles earned him some crazy amount of money and it is estimated that he has a net worth of $4 million.

Kieran Culkin was rumored to be in an affair with Anna Paquin but it got lost in some whispers in the wind. He
was also criticized and cussed for following the stereotypical celebrity drug use.

In September of 2011, he was also rumored to have affair with Scarlett Johansson.

Kieran Culkin has a height of 5 feet 5.5 inches tall and weighs 59 kg. He has brown hair color and hazel eye color. His shoe size is 8 (US) and his dress size is unknown.

Yvonne Strahovski announced surprise second pregnancy on the premiere of ‘The Tomorrow War’!