Posted by MarriedBiography Posted on May 21, 2021 | In Married , Net Worth , Pregnant
Share this 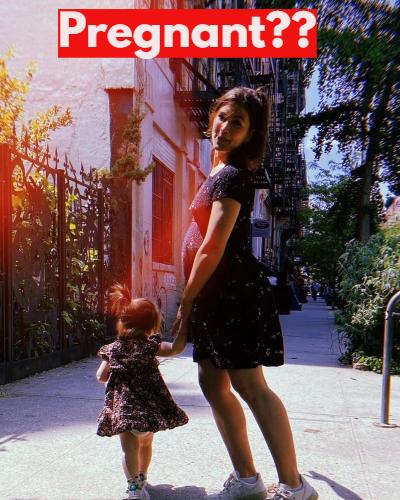 Kieran Culkin is going to be a father for the second time! Kieran and his wife Jazz Charton are expecting their second child. On 20th May 2021, the couple announced the news of pregnancy marking the occasion of her birthday. Jazz shared a picture of her showing her growing belly bump.

In the picture, she was wearing a black flowing dress. She posed with her daughter Kinsey Sioux who wore a similar dress. Jazz welcomed her and Kieran’s first child Kinsey in September 2019. At the time of Kinsey’s birth, Jazz wrote,

“After 25 hours of laboring at home, we arrived at the hospital too late for any pain meds as I was already dilated and ready to push (if I ever do this again I want ALL THE DRUGS, all of them!) and she was out within the hour during a full moon on Friday the 13th. Of course our daughter was born on Friday the 13th.”

Also read ‘Riverdale’ actor KJ Apa is going to be a father! Who is his pregnant girlfriend Clara Berry?

When did Kieran and Jazz marry?

Kieran Culkin and Jazz Charton walked down the aisle on 22nd June 2013. The two first met each other at a New York Bar in September 2012. He went up to her when the guy she was with went to the bathroom. Kieran asked her if she has a boyfriend but she said no.

Since their wedding, their life has been going well. They already have a daughter and would soon welcome their second child.

How much is the net worth of Kieran Culkin?

Kieran Culkin has a net worth of $4 million as per Celebrity Net Worth. He has appeared in films like No Sudden Move, Infinity Baby, Wiener-Dog, Quitters, Movie 43, Scott Pilgrim vs. the World, Igby Goes Down, The Cider House Rules, The Mighty, Father of the Bride, and Home Alone.

New York-born Kieran Culkin is an American actor who rose to fame from his early childhood. He is also a stage artist and has acted in a play named This Is Our Youth.

He is popularly known for his role as Fuller McCallister in the American Christmas comedy film Home Alone and Home Alone 2: Lost in New York.

Likewise, he has starred in various movies like My Summer Story, A Christmas Story, The Mighty, She’s All That, The Cider House Rules, The Dangerous Lives of Altar Boys, and more. Read more bio…

All about the domestic violence accusation on Bryshere Gray! How many shades of Gray?
Tags : Actor Succession