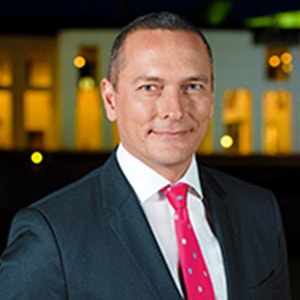 Who is Kieran Gilbert?

Kieran Gilbert is a famous Australian journalist. He is currently serving as a chief political reporter for Sky News Australia.

He was born in Australia but his exact date of birth is unknown. Gilbert might be in the late fifties. He has not revealed his parent’s names but he was raised along with his brother named Tim Gilbert and he is also a television presenter.

Kieran holds Australian citizenship but his ethnicity is unknown.

He joined Charles Stuart University and achieved Bachelors of Arts (Communications) and later earned his Masters of International Studies from the University of Sydney.

He began his career working as a General Reporter at Sydney radio station 2UE. Later, he became the Breakfast News Editor. He has been associated with the Canberra Press Gallery as a member. In 2002, he joined Sky News and became a member of the Federal Parliamentary Press Gallary in 2003. Then, he began serving as an integral part of Sky News Canberra bureau.

In addition, he achieved a special place in the Sky News as a leading political reporter and he has been covering news such as 2010 cliffhanger election, Howard’s fourth election victory in 2004 and Kevin Rudd’s 2007 victory.

He is currently working as the anchor of AM Agenda and also co-hosts ‘First Edition’ with Nina Stevens since March 17, 2014, following the departure of Michael Willesee. Also, he co-hosts from Canberra whereas Stevens presents from Sydney.

He has been awarded the  Department of Foreign Affairs’ Elizabeth O’Neill Award for journalism in 2010.

He must have earned a decent sum of money from his professional career however, he has not disclosed his exact net worth, salary, and income.

Kieran Gilbert has dark brown eyes and black and white hair with attractive personality. Also, he has adorable conversation skills but other information regarding his height, weight, shoe size, dress size, etc. are not available.