Kiernan Shipka is an American teen actress. She is extremely prominent for her role in series 'Chilling Adventures of Sabrina', 'Mad Men', 'The Legend of Korra', 'Carriers', and 'Squeaky Clean'. She is dating Charlie Oldman.

Cute and Young, actress Kiernan Shipka is dating Charlie Oldman, son of the iconic actor Gary Oldman. This couple was seen multiple times spending quality time with each other. But they haven’t confirmed their relationship yet. 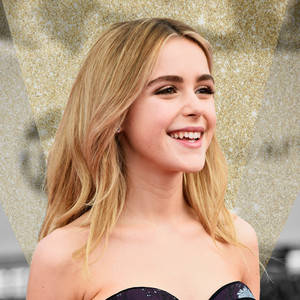 My style is constantly changing

I am always texting

I love ballet. Ballet is its own being. It has its own vocabulary. I feel as if I am in a different world when I am in the ballet studio.

Who is Kiernan Shipka?

Kiernan Shipka is an American teen actress. She is extremely prominent for her role in series ‘Chilling Adventures of Sabrina’, ‘Mad Men’, ‘The Legend of Korra’, ‘Carriers’, and ‘Squeaky Clean’. She has made a respectable position in American T.V and film industry at a young age.

Kiernan was born on November 10, 1999, in Chicago, Illinois, U.S.A. Her nationality is American and belongs to Mixed (Irish, Italian, German, Scottish) ethnicity.

She was born to John Young Shipka(father) and Erin Ann(mother). Kiernan was raised up by her parents in a friendly and entertaining environment. She started taking ballroom dancing classes at the age of five.

Talking about the details of the academic, there is no information about her educational background.

Kiernan started her acting career at the age of seven and appeared in two episodes of T.V series “Monk” ‘a Little Girl’. After one year (in 2007) she made her film and appeared in the film “Dimension” as ‘Molly’. Because of her minor role, she didn’t get huge popularity.

Kiernan Shipka has appeared in several T.V series in a minor role in the film including “Lower Learning”, “A Rag Doll Story”, “and of the Lost”, and “The Angriest Man in Suburbia.” In 2007, she appeared in successful T.V series “Mad Man” as ‘Sally Draper’ and appeared in a total of 64 episodes until 2015 for which she was able to collect huge positive responses and reviews from fans and viewers.

She has a net worth of $3 Million but her salary is not revealed yet.

Being a teen actress, Kiernan is not associated with any desperate rumors yet. It seems like she is doing the best job without harming others for which she hasn’t been a part of controversy yet.

Kiernan Shipka has a height of 5 feet 2 inches. Her body weighs 46kg. She has blonde hair and dark brown eyes. Furthermore, her dress size is 2 US and Shoe size is 6 US. Her body measures the size of 33-23-33 inches. Her bra size is 32A.