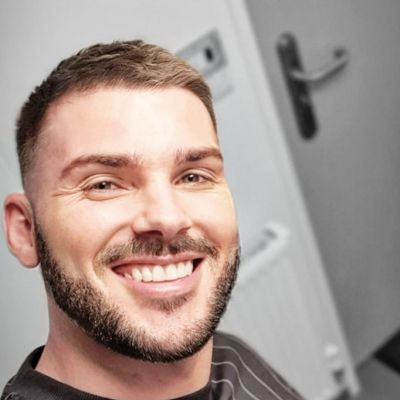 Kieron Richardson has openly admitted he is gay. He mentioned it on the television program, This Morning about his sexuality on 15 September 2010. Kieron added, he was influenced to come out by Joe McElderry.

Talking about his relationship details, Kieron Richardson is in a married relationship with his longtime partner, Carl Hyland. They tied the knot in April 2015 in a ceremony in the Peak District.

In December 2016, the couple announced they were anticipating twins. Soon, they welcomed their twins, a boy, and a girl via surrogacy in 2017. Kieron and his family live in a single-family home that they own a year before their children were born in Greater Manchester.

Who is Kieron Richardson?

Richardson is widely famed for his role of Ste Hay in Hollyoaks and is also known for his character in Heartbeat as Ricky Smith.

Kieron Richardson was born on 12 January 1986. At present, he is 35 years young star. Likewise, his birthplace is Eccles, Greater Manchester, England.

Not much is known about his father and mother’s details, Kieron has been secretive towards his family details. Moreover, he has not mentioned his sibling’s information in the public yet.

Talking about his nationality, Richardson holds a British identity whereas his ethnicity is English.

Regarding education, the actor might be well-educated. He has not revealed his academic background to the public till now.

Kieron appeared briefly in the late night, Hollyoaks: In the City in the offered role of Ste Hay in the early evening Hollyoaks where he featured for 19 episodes.

His character was written out of the show after stealing a car, which resulted in a spectacular crash, and his character getting sent to prison.

Soon, Richardson appeared in Hollyoaks on 25 September 2007 and has been a recurring character member since.

Also, Richardson featured in Holby City, Heartbeat, and the feature film, Fragments, as well as the pantomime Cinderella as Prince Charming at the Embassy Theatre, Skegness, in 2006.

The star also performed in the 2010 series of ITV’s Dancing on Ice and was combined with series newcomer Brianne Delcourt. He reached the final but sadly ended up being third. Richardson and his Hollyoaks co-star Bronagh Waugh started presenting on radio station Gaydio in 2011.

Kieron in advance won Best Onscreen Partnership in 2013 along with Emmett J. Scanlan at the British Soap Awards.

A famed British star, Richardson has earned a decent amount of money from his profession. He has been active in his profession from the year 2006 till the present.

It is reported that Kieron Richardson has an estimated net worth of $500k-$1 million.

When Kieron confessed his sexuality publicly, he got homophobic abuse via Twitter in July 2014. Other than that, Kieron has never been part of any controversial matter or rumors till now.

It seems that Richardson prefers enjoying his personal life and does not want to merge it with his professional life.

35 years young star, Kieron has handsome looks and an admirable personality. He stands at a height of 5feet 10inches. Also, he has a balanced body weight of 77 kg.

Furthermore, Richardson has hazel eyes whereas his hair is blonde.

Regarding his social media presence, Kieron Richardson is an active personality on social media. Kieron has more than 381k followers on his official Instagram account @mrkieronrichardson.