Kierra Sheard is currently in a relationship. Her husband’s name is Jordan Kelly. They exchanged vows on 12 Dec 2020 in a private ceremony. 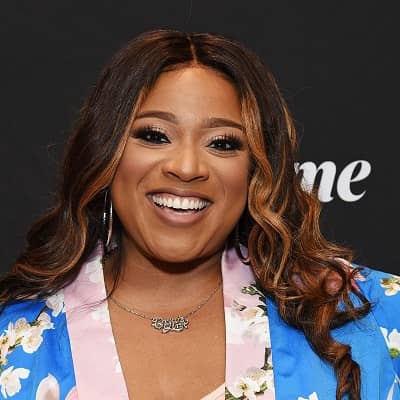 Who is Kierra Sheard?

Kierra Sheard is an American gospel singer and songwriter. Her albums This is Me, Bold Right Life, Free, and The Sheards made her popular.

She is also a popular Instagram star and has followers in millions.

She was born as Kierra Valencia Sheard on 20 June 1987 in Detroit, Michigan, the USA. The identity of her father is John Drew Sheard and her mother’s name is Karen Clark Sheard.

Regarding academics, she has a degree in English from Wayne State University.

Kierra Sheard is a talented singer. She has released her first album in 2004 titled I Owe You. Then in 2006 and 2008, she came up with two albums named This Is Me and Bold Right Life respectively.

Her other musical projects are Free, Graceland, and Kierra. Some of her hit singles are “You Don’t Know”, “Love Like Crazy”, “Flaws”, “It Keeps Happening”, and more.

She has an estimated net worth of $10 million as of the year 2021. The salary and earnings from her musical career are not disclosed.

Some popular singer’s net worth is,

This musical star is keeping herself away from rumors or any desperate scandals.

Regarding Kierra Sheard’s body features, her height is 5 ft 2 inches and her body weight is unknown. Moreover, the color of her eyes is black and her hair is black in color.

She has highlighted hair with brown color.

Kierra is available on social sites. She is popular on Instagram. Her account has over 1.3m followers on it.

Her photo in an animal print piece of 25 Dec 2020 is loved by the viewers.

You may also like to read about Jeremy Camp, Gianni Russo, and King B.

Tori Deal
Tags : Singer The Sheards This Is Me

Karen Clark Sheard daughter Kierra Sheard to play her in the biopic of The Clark Sisters!