Updated On December 1, 2022 | Published By: rylee
Share this
Single 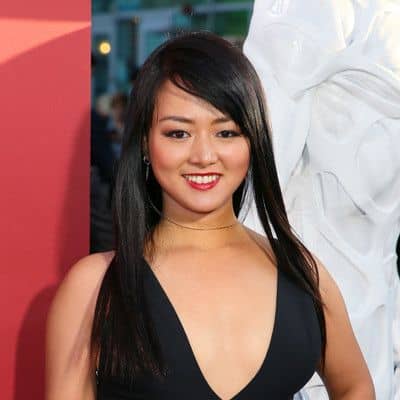 Is Kiki Sukezane Single or Dating?

As per the source, Kiki Sukezane is possibly single and is not dating anyone.

As she has openly announced her sexuality that she is a Lesbian. She dated a lady named, Lex Byrd, an English teacher.

She often used to post pictures with her partner. There is no accurate info on whether they have ended their union or not.

Kiki Sukezane is a Japanese actress and model based in both America and Japan.

Kiki Sukezane was born in Kyoto Kyoto Prefecture on April 5, 1989. Sukezane is 32 years old as of 2022 and she holds Japanese nationality.

She maintains Asian nationality and according to the astrologers, Aries is her birth zodiac sign.

She was born in a family of Samurai ancestry. Sukezane has not opened up about her parents, siblings, and educational background.

Kiki Sukezane has appeared in several movies and tv series. She played the role of Nuko in the television series, ‘The Yokai King’ between 2013 to 2014. From 2015-to 2016 she has portrayed Miko Otomo in the TV miniseries, ‘Heroes Reborn.’

Similarly, she was cast as Sakura in the science fiction television series, ‘Westworld’, and played the role of Aiko Watanabe in the series, ‘Lost in Space’ in 2018.

She played the role of ‘Yuko’ in the American horror drama series, ‘The Terror’ in 2019.

Sukezane is also a movie actress. She landed as Natsuko in the psychological thriller movie, ‘Earthquake Bird’ directed and written by Wash Westmoreland. She also appeared as Maya Shitara in Nickson Fong’s horror movie title, ‘Bashira.’

Likewise, there is an official Facebook page under her name, which is enriched with 38 K followers.

How much is the net worth of Kiki Sukezane?

Kiki Sukezane has an accumulated net worth that ranges from 1 to 5 million USD while her salary and income are not disclosed yet.

Kiki Sukezane has not been part of unnecessary rumors and controversies as she is able to maintain a clean profile up to date.

How tall is Kiki Sukezane?

Kiki Sukezane has a slim body standing at the height of 5 feet 1 inches and weighs around 45 Kg.

Her waist size is 23 inches and her hip size is 33 inches.

Moving towards her facial appearance, with fair complexion she has a couple of chinky black eyes and brown colored hair.