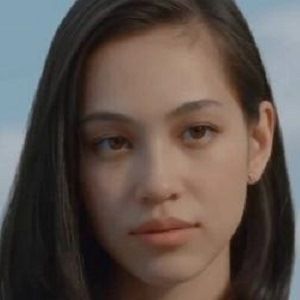 Kiko Mizuhara was in a relationship with Kwon Ji-Yong in 2010, the relationship didn’t go well so they decided to break up in 2014.

Who is Kiko Mizuhara?

Kiko Mizuhara is an American-Japanese singer, model, actress, and designer. Whereas, she starred in the Japanese film Okuda Tamio ni Naritai Boy.

Kiko was born in Dallas, Texas, the United States on October 15, 1990, to parents Todd Daniel (father) and Yae Toyama (mother).

Her father is American and her mother is Japanese, hence, she belongs to American- Japanese nationality and mixed (English- Scottish- German- Zainichi Korean) ethnicity. She has a younger sister, Ashley Yuka Daniel, who is a model.

She spent her childhood in Japan with her parents. But when she became 13 years old, her parents started having differences and they divorced.

After the separation, her mother stayed in Japan while her father shifted to the US. Her birth sign is Libra. On talking about her education, there is no erudition related to her education in which she concentrated.

On talking about her profession, for ViVi, Kiko Mizuhara featured as an exclusive model for some time, before she started walking the ramp at the Tokyo Girls Collection. Soon enough, her modeling career blossomed not only in Japan, but the rest of Asia and Europe as well.

Additionally, apart from gracing the ramp for several years, she has also appeared in the editorial section of many magazines such as Vogue Japan, Vogue China, Vogue Taiwan, Vogue Italia, and Vogue America.

She has endorsed companies such as Diesel, Reebok, and Kitsune. Similarly, her never-ending modeling success story also holds a stint as a CHANEL ambassador. Likewise, she has also done quite a lot of photoshoots and brand promotions for CHANEL. Besides that, one of the most high profile eye-gear brands in the world Marc Jacobs hired her to promote their new series of eye-gear in 2017.

Similarly, she also continued her film career with ‘I’m Flash!’, with a supporting role. The film also became a success and brought much applause for her. Whereas, she was now being termed as the perfect embodiment of the phrase ‘Beauty with Brains’ owing to the careful selection of her roles.

Similarly, the film starred Shun Oguri in the leading role and was based on a manga of the same name.
Then, she also starred in a leading role in the comedy-drama ‘Kazoku no Katachi’, which was released in 2016 to some high TV ratings and commercial appreciation.

On talking about her body measurements, Kiko Mizuhara has a height of 5 feet 6 inches. Additionally, she weighs is 46Kg. In addition, she has a measurement of 30-24-34 inches.

Kiko’s hair color is black and her eye color is dark brown.