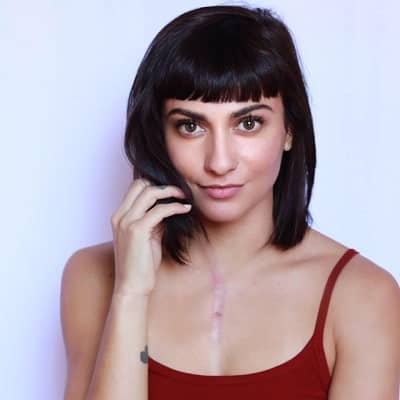 Kiley Casciano is a married woman. She exchanged her vows with the handsome star of ‘Vampire Diaries’ Matthew Davis on 23 December 2018 in Los Angeles.

They got engaged and married a few hours after Matthew proposed Kiley.

This couple together has a daughter named Ripley Nightingale Davis born on 31 March 2020.

Who is Kiley Casciano?

Kiley Casciano is an American actress. She is best known for her role as a CTU Aide in television series 24:Legacy and as Alison in Netflix’s movie Nappily Ever After.

This actress was born on 4 October 1992, in Georgia, the United States. She hasn’t shared much information about her father, mother, and siblings as she likes to keep her personal life far from the media.

She graduated from Howard University. Casciano belongs to Caucasian descent.

Earlier before starting her acting career, Kiley Casciano used to work as a yoga instructor. She made her debut in 2016 with a TV series NCIS: New Orleans. Afterward, the next year, she starred as CTU Aide in hit series 24: Legacy, from which she caught public attention

In 2018, Kiley made her appearance in comedy-drama TV series Claws. The same year, she played exotic dancer Lulu in the second season of famous series Ozark. She gained huge appreciation and popularity from this series.

Casciano was seen as Aliza in Marvel‘s superhero television series Cloark&Dagger in the episode Level Up. Later, she starred as Alison in Netflix’s original movie ‘Nappily Ever After’. Nappily Ever After is a romantic movie based on a Novel by Trisha Thomas.

Her spouse has an estimated net worth of $2 million.

There is no rumor and controversy about this actress. Meanwhile, she has managed to keep herself out of any rumor and scandal. She is doing great in her career.

Kiley Casciano is 5 feet 6 inches tall and weighs 55 kg. Likely, she has black hair and light brown eyes. Her body measurement is 34-26-35 inches.