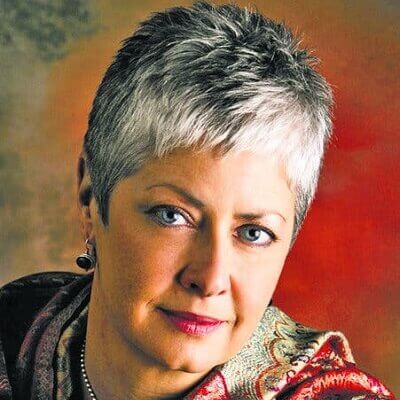 Kim Barnes is married to Robert Wrigley. Wrigley is a poet whose poems have been published in numerous journals, including Poetry, Barrow Street, The Atlantic, and The New Yorker.

The couple has been married for a long time but has kept their marriage and personal life very private. There is no information about their marriage date although it has been decades since the two got married. From their marriage, they have three children.

The couple lives together in Idaho.

Who is Kim Barnes?

Kim Barnes is an American author. A recipient of two grants from the Idaho Commission on the Arts, Barnes is famous for her two memoirs and three novels including ‘A Country Called Home’.

Kim Barnes was born in 1958, in Lewiston, Idaho, the United States of America. As of 2020, her age is 62. There is very little information about Kim’s early life and family background. Although she has not revealed the identities of her parents, her father worked as a lumberjack in Clearwater National Forest where she and her mother returned.

For more than a decade, her family lived in small communities and cedar camps in Pierce, Headquarters, and other places near the North Fork of the Clearwater River. At the age of 12, she and her family moved to Lewiston, Idaho. Her ethnicity is Caucasian.

Regarding her educational background, Barnes graduated from Lewiston High School in 1976. After that, she joined Lewis-Clarks State College from where she received her B.A. in English in 1983.

A couple of years later, she received her M.A. in English from Washington State University. In 1995, she earned an M.F.A. in Creative Writing degree from the University of Montana.

In 1995, she received the PEN/Jerard fellowship given to an emerging woman writer of nonfiction. In 1996, Doubleday Books published her first memoir titled ‘In the Wilderness: Coming of Age in Unknown Country. The following year, she earned a Pacific Northwest Booksellers Association Award for the memoir.

Her second published work was her second memoir in 2000 titled ‘Hungry for the World: A Memoir’.

Five years later, she released her second novel, ‘A Country Called Home’. In the novel, one of the main characters has the condition known as synesthesia and sees color when she hears music.

Her third and final novel was released in 2012 titled ‘In the Kingdom of Men’. She has received two grants from the Idaho Commission on the Arts.

Kim Barnes’ works are known to address the American West, women’s issues, logging, religious fundamentalism, and the environment, and feminist interpretations of mythology and Jungian archetypes.

She was a teacher of creative writing at the University of Idaho but announced her retirement from teaching in 2020.

Barnes has salt and pepper hair and a pair of blue eyes. She has not revealed her height,w eight, and other body measurements.

Although Kim’s exact net worth remains unknown, her net worth is estimated to be in the region of $100k – $1 million as of 2020. She has not revealed her annual salary but on average, an American writer earns around $61k per year.

Barnes has not been involved in any controversies. She has been able to keep herself away from any type of controversy and scandal. So far, she has not done anything controversial in her career. She is well-respected in her field.

You may also like to read the Bio, Career, Net Worth, Social Media, and more about Sarah Logan, Tay Strathairn, Justine Musk, and more.