Kim Basinger is an American actress who is currently single after her divorce from her ‘The Marrying Man’ co-star Alec Baldwin on February 3, 2002.

They were engaged in the marital relation for 9 years but they were residing together for just 7 years because they were separated in 2000 and the divorce was successful in 2002.

Before being involved in the marital relationship with Alec Baldwin, Kim was married to Ron Synder in 1980 continuing their relationship for 7 years.

Earlier, she was in a relationship with Prince (1989), Jon Peters (1988 – 1989), Dale Robinette, and Joe Namath. These are believed to be the love affairs in which Kim was involved actively. Therefore, presently, Kim Basinger is currently a divorced lady with one daughter as a sign of the marital relationship with Alec Baldwin. 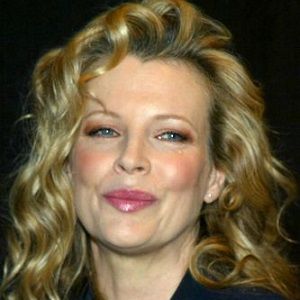 You lose your anonymity just like a helium balloon with a string. Therefore people are going to have their own opinion and they're going to write in whatever clever manner they desire.

Who is Kim Basinger?

She is immensely popular for her work as an actress in the film ‘Never Say Never Again’ playing the role of ‘Bond girl Domino Petachi’ followed by her nomination in the ‘Golden Globe Award’ for her role as  Memo Paris in the 1984 film ‘The Natural’.

Kim was born on 8 December 1953, in Athens, Georgia, United States.

Her nationality is American and her ethnicity is mixed(English, German, Swedish, and Scots-Irish).

In 1953, Kim Basinger was raised as a Methodist. She grew up with her 4 siblings James Michael, Skip, Ashley, and Barbara.

Kim Basinger was just opposite her childhood as she is now, in terms of confidence and appearance. She was a very shy girl with no confidence in her but, after her training with a ballet dancer, she built up to be a straightforward person with a lot of confidence and determination.

She attended the University of Georgia. However, she could not graduate from that university because she was offered to be a part of ‘Ford Model’ and was paid $1000 a day.

Thus, she was on and off her educational career because of her modeling career and there is no information about other educational institutions in which she majored.

Kim Basinger initiated her career as an actor after her decision to leave her modeling career in 1976 making herself appeared in some of the TV Shows ‘McMillan & Wife’ and ‘Charlie’s Angels’.

Before getting the breakout role of Bond girl Domino Petachi in the film ‘Never Say Never Again’, she posed for a nude photoshoot for the film ‘Playboy’.

Her, next breakthrough was her role of photojournalist Vicki Vale in the 1989 film ‘Batman’ which is the most successful film of her career and is still famous for her role in this movie.

She also won the ‘Academy Award for Best Supporting Actress’, ‘Golden Globe’, and ‘Screen Actor’s Guild Award’ just after her return in an acting field in 1997 for the movie ‘L.A.

Confidential’ playing the role of Femme Fatale. Currently, she is again on the verge of a great breakout role in one of the most awaited movies ‘Fifty Shades of Darker’ which is scheduled to be released in 2017.

Recently, there is a rumor that Kim Basinger may not be a part of the ‘Fifty Shades of Grey’ sequel ‘Fifty Shades Darker’ because of her absence in some of the Facebook and Instagram photos. There may be many reasons behind the absence of Kim in the photos, but, it is presently unconfirmed.