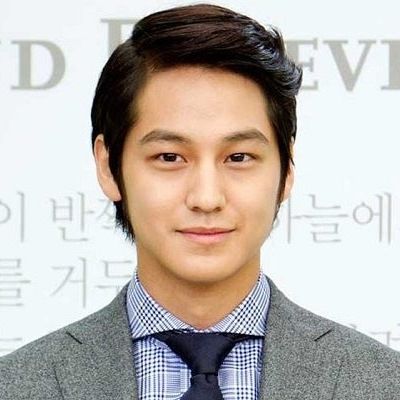 Kim Bum dated Moon Geun-young who co-starred with him in ‘Goddess of Fire’ for about seven months, but the two later separated. Kim is in a relationship with actress Oh Yeon-Seo. However, after a few months of dating, they were reported to have parted ways.

Who is Kim Bum?

Kim is a South Korean actor, dancer, singer, and model. Also, he is well known for his role as So Yi-Jung in Boys Over Flowers.

Kim Bum was born on July 7, 1989, in Seoul, South Korea. His birth name is  Kim Sang-bum and he is currently 30 years old father’s name is Min-ho Bum and his mother’s name is Jerry. There is no much information about him and his family.

He has three siblings, but their names are disclosed. Kim holds South Korean and his ethnicity is Korean. His birth sign is Cancer.

Talking about Kim’s education history, he joined Cung-Ang University, where he majored in Film and Theatre.

Talking about his profession, he made his debut in the family comedy sitcom titled ‘High Kick’ in 2008 with a minor role. Additionally, he went on to act in the serial ‘Boys Over Flowers’, based on the Japanese serial with the same name which made him a household name in South Korea. His supporting role in ‘Padam Padam: The Sound of His Heartbeats’ received positive reviews and further increased his popularity.

Then, he appeared in his first television historical drama titled ‘Goddess of Fire’ based on 16th-century pottery and porcelain artist of the Joseon Dynasty. Whereas, his Chinese television debut came next with his role in ‘V Love’ which is a Chinese version of ‘Gossip Girls’. His other Chinese movies are ‘Lovers & Movies’ and ‘The Beloved’. As his popularity grew his fan following spread from Korea to the rest of the Asian region.

Likewise, Kim matured into a versatile actor with his appearance in the thriller series ‘Hidden Identity’ on tvN and the role of a villain in the crime thriller ‘Mrs. Cop 2’ in 2015. Moreover, his latest release in Korean cinema is the comedy-mystery movie called ‘Detective K’. From being a youth icon he has gone on to become a star that is popular among all ages.

Kim won the Netizen Popularity Award for his performance in ‘East of Eden’ at the 2nd Korean Drama Awards in 2008. Similarly, he was the winner of the Andre Kim Best Male Star Award in 2009. He was the co-winner of the Best Couple Award, with Kim So-Eun, in ‘Boys Over Flowers’.

Kim Bum has an estimated net worth of around $12 million and he has earned that sum of money from his professional career.

He was rumored to have dated Kim So-Eun from the cast of ‘Boys Over Flowers’ and South Korean singer Eun-Ji Jung.

Kim has a height of 5 feet 11 inches and he weighs is 66Kg. Kim’s hair color is dark brown and his eyes color is black.