Canadian-bred New Yorker Kim Cattrall is in a relationship with an American artist.

Kim Cattrall has been married and divorced three times in her life. Her first husband was Larry Davis. They got married in the year 1977 but their marriage was annulled in 1999.

After two years, she got married for the second time to Andre J. Lyson in the year 1982. After seven years of their marriage, the couple divorced in 1987. After that, she stayed single for almost nine years.

She got married for the third time to Mark Levinson on 4 September 1998. The couple was together for six years and they divorced in the year 2004.

Currently, she is in a relationship with the American artist Clifford Ross. They began dating each other back in 2012. They have been together for five years now. 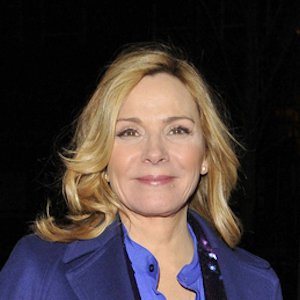 What I wear is a reflection of where I am going and how I am feeling. If I'm in a good mood, it's got to be cashmere and jeans - just something comfy, soft and warm. When I'm down, I might find something that I haven't worn for a while that was bought for me - or wear a brooch or a pair of shoes that are like old friends

At the beginning of every role I take, I have to start from basics and build it up. It's like a new construction.

Who is Kim Cattrall?

Kim Cattrall is a British actress. She is best known for her portrayal of Samantha Jones on the HBO series Sex and the City. The role earned her the Golden Globe Award for Best Supporting Actress in 2002.

Kim was born Kim Victoria Cattrall on 21 August 1956, in Liverpool, England, UK. Her nationality is British and she is of English and Welsh ethnicity.

Her mother, Gladys was a secretary, and her father, Dennis Cattrall was a construction engineer. When she was three months old, her family migrated to Canada, settling in the city of Courtenay on Vancouver Island in British Columbia. When she was 11, she returned to England.

She took acting classes at the London Academy of Music and Dramatic Art (LAMDA). When she was 16, she moved back to Canada to complete her high school education. She completed her high school graduation in 1972.

Kim made her film debut in Otto Preminger’s 1975 film, Rosebud. The following year, she made her TV acting debut playing a small role in the TV film Dead on Target.

She also won the 2002 Golden Globe Award for Best Supporting Actress for the same series. Currently, she appears as the lead character Davina Jackson in the TV series Sensitive Skin (2014–present).

Kim Cattrall has a height of 5 feet 6.5 inches. Her body weighs 62kg. She has blonde hair and light brown eyes. Further, her body measures 34-27-36 inches.