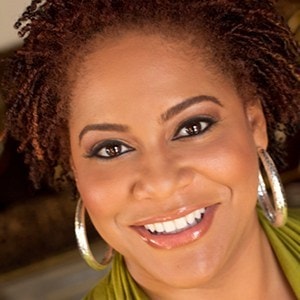 Kim Coles is a married woman. She has been married to Reggie Mckiver since June 17, 2015. Her husband is an ex-SWAT police officer and the owner of a health food store. Reggie was 41 years old and Kim was 53 years old at the time of their marriage.

The duo dated for eight months before they tied their knot. The couple met the first time at a natural hair expo where he was his security detail. Several celebrities like Luenell, Tasha Smith, and Kim Whitley also attended the marriage ceremony in the Dominican Republic.

The couple has not welcomed any child yet and they are currently spending their quality time with each other. Also, there is no sign of divorce between them as well.

Kim was previously married to Aton Edwards in 1985 but the couple could not take their relationship in the right path and end with divorce in 1995.

Who is Kim Coles?

Kim Coles is an American actress, game show host, and comedian who is popular for her role as a cast member on ‘In Living Color’ from 1990 to 1991. She is also well recognized for her role as Synclaire James-Jones on television sitcom ‘Living Single’ from 1993 to 1998. She also worked as the host of BET’s game show host ‘Pay It Off’ in 2009.

Kim Coles was born on January 11, 1962, in Brooklyn, New York, USA. She is currently 57 years old. Information about her mother’s name is Bernice and her father was the first black dean of the Pratt Institute. She has not provided detail information regarding her family and about her childhood.

Kim holds American citizenship and her ethnicity is African-American.

She joined a private Lutheran school and later graduated from Brooklyn Technical High School. Kim was quiet and studious until high school but she developed a sense of humor in her character afterward. She also studied at North Carolina Central University at Durham and entered a beauty contest.

Kim Coles is active in the field of acting since 1990. She appeared in the television shows like ‘Frasier’, ‘Six Feet Under’, ‘Celebrity Mole’, etc. Kim hosted ‘It’s Showtime at the Apollo’ in her early career. She joined as an original cast on the comedy series ‘In Living Color’. After leaving the series, she portrayed the role of Synclaire James on ‘Living Single’.

Kim was the first contestant to be eliminated from ‘Celebrity Mole: Hawaii’ and also joined other celebrities for a weight loss journey on the VH-1 reality show, ‘Celebrity Fit Club’. Then, she lost the fat percentage of her body from 34.7% to 31% and lost a total weight of 24 lbs and dropped to 196 lbs.

Also, Kim was featured in two episodes of ‘The View’ and co-host the syndicated daytime television show ‘In The Loop With iVillage’. Recently, she joined the cast of ’10 Items or Less’ on TBS. Kim is also the host of the game show ‘Pay It Off’ but the show lasted for only one season.

She is currently acting as a standup comedian and she mentions some of her material dealing with her struggle with being overweight at times.

The multitalented actress has an estimated net worth of around $3 million and she has earned that sum of money from her profession.

There is a rumor that she may be stepping in to play the part in ‘Bold and the Beautiful’. But this rumor is not confirmed yet.