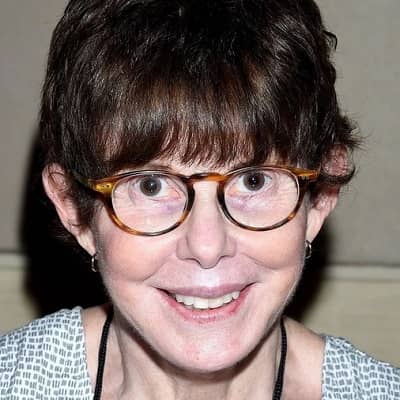 Talking about her love life, Kim is presently single and she is not dating anyone.

Moreover, she has married four times but none of them lasted long. She married for the first time to James Stacy on 20 March 1968. They also welcomed a daughter named Heather Elinas. However, the former couple split up in the year 1969.

After a while, Darby she married her second husband, James Westmoreland on 6 February 1970. However, they parted within a month of their marriage on 25 March 1970.

Kim’s third marriage was with William Tennat. They exchanged the vow in the year 1970 but separated in few months after the marriage. Later, the actress met her boyfriend, Jack La Rue Jr. The duo married on 8 October 1978.

Sadly, they also divorced on 30 June 1981. Other than that, Kim was romantically involved with Peter Duel, Bruce Davison, and John David Carson.

Who is Kim Darby?

Kim Darby is a well-recognized American actress and Television personality. Darby is widely famed for her role as Mattie Ross in the film, True Grit(1969).

Kim Darby was born on 8 July 1947. At present, her age is 73 years old. Likewise, her birthplace is Los Angeles, California, the USA.

Kim is the daughter of her father, Jon Zerby whereas her mother is Inga Wiere.

Talking about her nationality, Darby holds an American identity whereas her ethnicity is Caucasian.

Professionally, Kim started her career in the acting industry in her teenage. Her debut performance was as a dancer in the movie, Bye Bye Birdie(1963). Likewise, she also worked in television series such as Gunsmoke, Bonanza, and Star Trek.

The talented artist, Kim, also featured on the NBC series, Mr. Novak in 1960. Then, she performed the role of Julie Dean in To Lodge and Dislodge in 1963 and as Judy Wheeler in The Silent Dissuaders in 1965.

Then, Darby performed in an episode of the NBC sitcom, The John Forsythe Show. Additionally, she has starred in the episode of Faire Ladies of France in 1967. Darby had the main role of Sally Farnham in the made-for-TV chiller Don’t Be Afraid of the Dark in 1973. Her television career also includes some guest roles such as Crazy Like a Fox, Thriller, Family, The Love Boat, The Streets of San Francisco, and Beckers.

Recently, in 2014, Kim performed Stacia Clairborne, a partly blind witness to a crime, in the episode of the show Perception.

An American star, Kim has earned decent money from her profession. She has been active in her profession from the year 1962 till the present.

It is reported that Kim Darby has an estimated net worth of $500 thousand.

She was rumored to be dating Johny Crawford. Johny is an American actor, singer, and musician who earned fame after portraying Mark McCain in the ABC Western series, The Rifleman.

Other than that, it seems that Darby prefers enjoying her personal life and does not want to merge it with her professional life.

73 years old, Kim has beautiful looks and an admirable personality. She stands at a height of 5 feet 5 inches. Also, she has a balanced body weight of 57 kg.

Furthermore, Derby has dark brown eyes whereas her hair is light brown. Her body measurement is 33-25-35 inches(chest-waist-hip) respectively.

Regarding her social media presence, Kim Darby is not an active personality on social media. She has no official Instagram, Facebook, and Twitter accounts at the moment.

She seems to be private in nature and has does not prefers to share her things on social media and in public.