Kim Delaney is an actress. She is popular for her starring role as Detective Diane Russel in ‘NYPD Blue’. 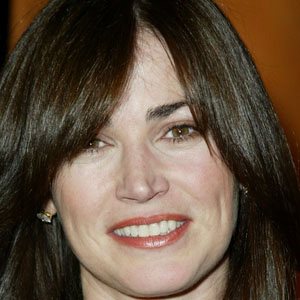 I'm single. I had to make a few changes in my life.

Women have to air it out, hold on to it, work on it.

Everything is really good and I'm blessed.

Kim Delaney is currently single. She was previously married to actor Charles Grant from 1984 to 1988. Then, she married Joe Cortese in 1989 and welcomed a child, Jack Cortese in 1990. Also, the couple ended their relationship in 1994.

She was engaged to Alan Barnette in 1997 but separated in 2006. The reason behind their separation is still unknown. She is currently focused on her career rather than being in a relationship.

Who is Kim Delaney?

Kim Delaney is an American actress. She is popular for her starring role as Detective Diane Russel in ‘NYPD Blue’, for which she was awarded the Emmy Award. Also, she is recognized for her performances as Jenny Gardner in the ABC daytime television drama “All My Children’.

She was born on November 29, 1961, in Philadelphia, Pennsylvania, USA. She is currently 57 years old. Her father’s name is Jack Delaney and her mother’s name is Joan Delaney. She is the only daughter of her parents and she has two older brothers; Ed (tax lawyer) and John (television sports producer) and two younger brothers: Keith(bartender) and Patrick(accountant). She grew up in Roxborough with her brothers.

Kim holds American and Irish citizenship and her ethnicity is a mix of Irish and German.

Kim appeared as a regular member of the CBS television series ‘Tour of Duty’ in 1988 and gave birth to her son after leaving the show. She appeared as Detective Diane Russell in ‘NYPD Blue’ in 1995 and became permanent after her character’s relationship with Detective Bobby Simone became a hit with viewers.

Kim Delaney appeared as the female lead on the CBS drama series ‘CSI: Miami’ in 2002 but her character was written off the series after just 10 episodes and it was suggested that it had been due to the lack of combination between star David Caruso and Delaney.

In addition, she portrayed the role of Captain Julia Millfield in ‘Law & Order: Special Victims Unit in 2007, as Patti Hall in ‘God Bless the Broken Road’ in 2018, and as the mother of Kelly Severide in ‘Chicago Fire’ in 2018.

Kim was arrested for drunk driving in Malibu, California in 2002 for suspicion of drunk driving after she refused to take a breathalyzer test. Then, she was sentenced to two years of probation and fined, and ordered to take a defensive driving course.

There is a  rumor that she has done plastic surgery on her lips but she has not confirmed the rumor.