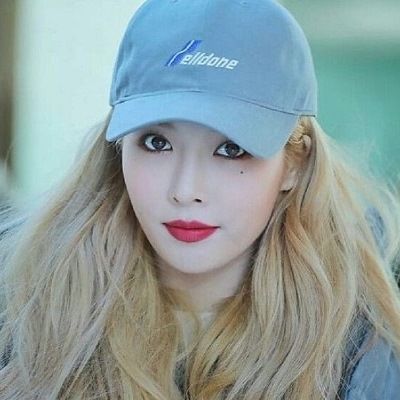 I achieved my one and only dream, which was to debut as a singer.

In the '365 Fresh' MV, the story ends with us falling to the ground. Meanwhile, the 'Retro Future' MV features us falling onto a car in the beginning. The car that appears in both music videos is the same kind.

Personally, I'd like to become a person who never loses her passion and always has a dream to follow.

Kim Hyuna is in a relationship. She is having an affair with rapper and dancer, E’Dawn. The couple started dating in May 2016. The duo has been together since then.

Who is Kim Hyuna?

Kim is a South Korean singer-songwriter, dancer, and model. She rose to popularity in the late 2000s, as a part of the girl group Wonder Girls. She made her solo debut in 2010, with the single “Change.” It was a success, peaking at the 2nd position on the Gaon Digital Chart.

Kim Hyuna was born on June 6, 1992, in Sangsu Dong, Seoul, South Korea. Her birth name is  Kim Hyun-ah and she is currently 27 years old. Her father’s name is Kim Mi-Hyung, but her mother’s name is unknown. There is no much information about her and her family.

There is no information about her siblings. Kim holds South Korean citizenship and Korean ethnicity. Her birth sign is  Gemini.

According to the sources, she likes cooking, watching movies, photography, and taking selfies.

Talking about Kim’s education history, she went to Choongam Middle School and also Korea High School of Music and Arts. Then, she attended Konkuk University.

Early Career as a rapper

Talking about her profession, Hyuna began her career in 2006, as the main rapper of the girl group ‘Wonder Girls’. She was just a teenager back then. Their first release was the mini-album ‘The Wonder Years’.

The album topped the South Korean albums chart. It included tracks, such as ‘This Fool’, ‘Tell Me’, and ‘Headache’. Hyuna left the group in 2007, as her parents were very concerned about the toll her work was taking on her health.

In the year 2008, it was announced that she would join the girl group ‘4Minute.’ In June 2009, the group released their debut album ‘Hot Issue’.

Meanwhile, she also began her solo career and her first solo work was a collaborative song with Lee Gi-Kwang. She also made an appearance in his music video for the single ‘Dancing Shoes’.

Hyuna’s debut solo single named ‘Change’ was released on January 2010. It was a major success and charted in high positions on several online charts. The song reached the 14th position on the Gaon 2010 digital charts.

Then, she released her first extended play, ‘Bubble Pop!’ in 2011. Its title single became a huge success and reached number 4 on the Gaon Digital Chart. The music video for the song surpassed 100 million views on YouTube, which made her the first female Korean artist to have reached this milestone.

Their second album ‘4Minutes Left’ also performed well; it reached the 2nd position on the Gaon weekly albums chart. Whereas, her second solo EP, ‘Melting,’ was released in 2012. The single ‘Ice Cream’ reached number one on the Gaon Chart.

The music video for the song, which featured Psy, received 20 million views on YouTube in record time. It was released on October 2012. Likewise, her third EP was ‘A Talk,’ released in 2014. It reached the third position on the Gaon albums chart. In the ensuing years, she releases three more extended plays/albums: ‘A+’ (2015), ‘Awesome’ (2016) ‘and ‘Following’ (2017).

Besides singing, she has also made a cameo appearance in the 2010 film ‘Midnight FM’. The film was directed by Kim Sang-man. It won multiple awards and received a few nominations as well.

In addition, she has appeared in various TV shows, such as ‘Invincible Youth,’ ‘Dancing with the Stars’, and ‘Birth of a Family 2’. In 2017-18, she served as a mentor in the survival reality show ‘The Unit: Idol Rebooting Project .’

She has won several awards, including a number of Golden Disc Awards and a Seoul Music Award.

Kim Hyuna has an estimated net worth of around $2 million and she has earned that sum of money from her professional career. She has been seen in Tony Moly commercial.

There was a rumor that Kim Hyuna dated the fellow singer, actor, model Lee Joon.