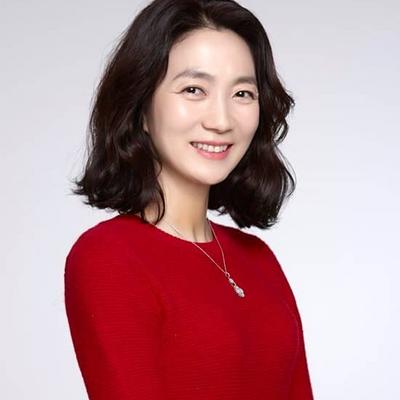 Kim Joo-Ryoung is currently married. She has not revealed the name of her husband and wedding details to the public.

Moreover, there is also information that the couple has a son but his name is unavailable on the web.

Recently, Kim has raised in popularity for her performance as Jan Mi-nyeo in Squid Game (2021).

Kim Joo-Ryoung was born on 10th September 1976 in South Korea. In hangul, her name is written as 김주령.

Moreover, Kim has not revealed information about her parents, siblings, and education. She is an honorable citizen of South Korea. Her zodiac sign is Virgo.

Kim Joo-Ryoung is a professional South Korean actress. She began her acting career in 2000 with the film Plum Blossom as Werther. She continued to grind as an actor in the South Korean film industry.

Some of her movies:

She made her television debut in 2017 with the TV Series Andante (2017) as Young Sook. Kim has worked on several TV Series. She has also starred in few Web series. Recently, she has come into the international face for her work in Squid Game (2021) as Han Mi-nyeo.

Some of her RV Series work:

Kim is currently working on the TV Series, Sabotage City. Sabotage City is scheduled to premiere on JTBC in the second half of 2021.

Even though Kim Joo is a very talented and hard-working individual but she has not won or been nominated for an award. Hopefully, she will achieve and win awards in the future.

Kim has not disclosed any information regarding her net worth or her salary. Considering she has worked in many movies and TV Series, we can assume she has earned a decent amount of fortune.

Kim Joo-Ryoung is 5feet 5inches tall. Other than this, her other body measurement like weight, dress size is not available. Likewise, she has a beautiful pair of black eyes and black hair.

Kim is available on Instagram under the username @kimjooryoung. Through the worldwide success of Squid Game, she has gained over 715k followers on her personal account. Currently, her Instagram account has over 1.8m followers.