Kim Kardashian is an American TV personality, Socialite, Model, Actress. She is always in the news for her controversies, affairs. Kim was married to Kanye West.

Kim Kardashian’s love life has been the subject of intense media interest. She is presently dating an American comedian Pete Davidson in November 2021. The couple hooked up after she hosted Saturday Night Live. Pete celebrated his 28th birthday with Kim’s family at her mother Kris’s residence.

At the age of 19, she eloped with music producer Damon Thomas. They filed for a divorce in 2003 and she stated that emotional and physical abuse were the reasons for her separation from Thomas.

On August 20, 2011, she married NBA player Kris Humphries, only to file for divorce within 72 days of the wedding. The divorce was granted in 2013.

In early 2012, Kardashian was seen with famed rapper Kanye West. In December 2012, the couple revealed that they were expecting their first child together. Kardashian gave birth to her first child, a daughter named North West, on June 15, 2013. The couple got married on May 24, 2014.

Sadly, the reports of their divorce were in the media soon. They were also public about their bad marriage via their social media handle. Finally, in 2020, the couple decided to separate.

Prior to this, she has had an affair with the celebrities like Gabriel Aubry, Michael Copon, Miles Austin, Reggie Bush, Nick Cannon, Game, Nick Lachey, Ray J, Joey Lawrence as well as TJ Jackson. 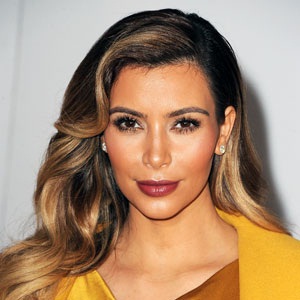 At the end of the day, life is about being happy being who you are, and I feel like we are so blessed to have the support system and the best family to really just support each other no matter what we're going through

When there's so many haters and negative things, I really don't care.

Who is Kim Kardashian?

Kim’s scandalous video with her former boyfriend Ray J made her more popular. She has had tremendous success as an entrepreneur, launching clothing lines and smartphone apps too.

Kim Kardashian was born on October 21, 1980, in Los Angeles, California. Her nationality is American and her ethnicity is mixed(Dutch, English, Armenian American, Irish, and Scottish).

Her birth name is Kimberly Noel Kardashian. She was born to parents Robert Kardashian(father) and Kris Jenner(mother). She has an older sister Kourtney and a younger sister and a brother, Khloe, and Rob.

After her mother’s divorce from her father, her mother re-married Caitlyn Jenner. Through her mother’s other marriage, Kardashians gained step-brothers Burton “Burt”, Brandon, and Brody, step-sister Casey, and half-sisters Kendall and Kylie Jenner.

According to Kardashian, her childhood was hardly the stuff of stardom. Sunday church was a regular part of family life. So was the expectation among the Kardashian children that, once they each reached the age of 18, living off the family dime was no longer an option.

After the death of her father, her family has the responsibility of the corporation. However later they sold it.

Furthermore, she recently took the ‘baby bar’ exam on Keeping Up with the Kardashians. She is just one step closer to becoming a lawyer.

Despite her business endeavors, it was her infamous sex video she made with R&B singer Ray J. that catapulted her to superstardom. In early 2007, a video of Kardashian and the rapper in bed made it into the hands of Vivid Entertainment, a large adult film company. Vivid, which paid $1 million for rights to the 30-minute tape, widely promoted the release of the video, which is called Kim Kardashian Superstar. Kardashian quickly countered with legal action, suing for invasion of privacy. But in May 2007, three months after the video’s debut, she agreed to a $5 million settlement.

Around the time of the video’s release, Kardashian started making her way onto the television screen for something completely different, when the E! Network debuted a new reality TV series known as “Keeping up with the Kardashians”.

Produced by American Idol host Ryan Seacrest, the show follows the lives of Kim, her sisters, Kourtney and Khloe, brother Robert Jr., mother Kris Jenner, stepfather Bruce Jenner, and the two young daughters of Kris and Bruce, Kendall and Kylie. In one memorable episode from the first season, Kim discusses with her family an offer from Playboy to appear nude in the magazine. Kardashian eventually agreed to do it and bared it all for publication in the December 2007 issue.

In March 2009, Kardashian helped launch a shoe shopping service, ShoeDazzle, that taps into the expertise of Hollywood’s most revered stylists. Also, she’s launched her own perfume line, a Sears fashion collection with Kourtney and Khloe, Kardashian-branded tanning products, and more.

Later in 2011, she became a part of the reality series ‘Khloe & Lamar’, appearing in three episodes. She later appeared in 18 episodes of the reality show, ‘Kourtney and Kim Take New York’.

With millions of followers on social media, she receives between $10,000 to $20,000 per post when promoting products for various brands. She has a net worth of $350 million(2017) but her salary is not revealed yet.

Well, this superstar has had made many headlines since an early age. Kim’s scandalous video with her ex-boyfriend Ray J raised many controversies. She again made headlines when she married Kris Humphries as it was the most expensive wedding of the decade. There was also news that she insulted Indian food which resulted in another controversy.

Kim Kardashian is famous for her enviable hourglass figure. She is largely known for her shapely behind and has been subjected to countless accusations of butt implants. She denies that any alterations have been made to achieve her figure or look.