Is Kim Kardashian a lawyer? 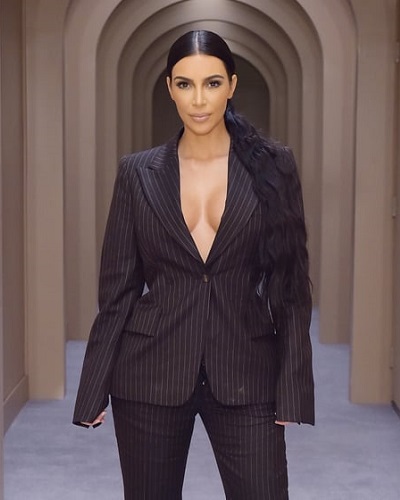 On the premiere of KUWTK, we could see that Kim was preparing for her exam. She was alone at Calabasas mansion after her children went to live at Wyoming ranch with Kanye West.

“The kids are in Wyoming, and that’s the hardest thing for me is to be away from the kids. But I have to really dedicate myself and do it,”

She was nervous about the essay portion of the test. The test scores are going to be a public record so if she fails the world would know about it. Kim does not have an undergraduate degree and is participating in the Judge’s Chamber Program known as the California Law Office Program.

Likewise, the program required passing the First-Year Law Student’s Examination termed as ‘baby bar’. The result of the test will be available in around two months. During March 2021 interview with Good Morning Vogue, she said,

How is Kim studying?

Kim shared some interesting photos of her on her social media handle in April 2021. She is wearing a sexy bikini and studying on her terrace with her MacBook and books. As she is in the sun, she is also wearing a sunglass and a scarf.
Have a look at her pictures,

Did Kim clear her exams?

The aspiring lawyer revealed that she did not pass the baby bar exam. To do a program in law school, one needs to clear the entrance exam which Kim had giver some time back. Sadly, she revealed in the episodes of Keeping Up With the Kardashians that she failed the test. The passing score is 560, but she got a 474. She says,

“I am a failure,” Kardashian says while also lamenting that she spent “six weeks straight, 10 to 12 hours a day” studying for the exam.

After the news was out, many trolls went viral bullying her for not having brains. Hope she overcomes with it soon and study hard to achieve her dream to become a lawyer.