Kim Kardashian meets Pete Davidson’s grandparents! Are they getting married? 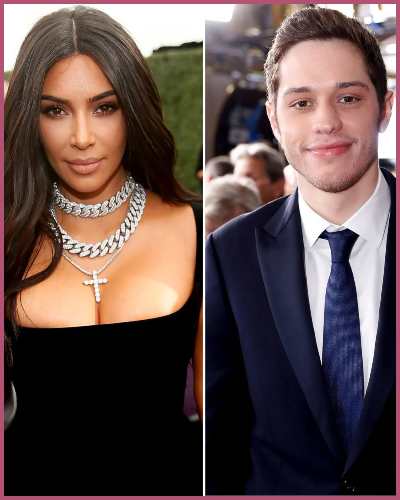 Kim Kardashian, 41, and Pete Davidson, 28, have been smoothly taking their relationship forward.

Last month, The Skims founder went Instagram official with her boyfriend Pete Davidson. She took to Instagram to post first-ever photos with Davidson after almost six months of dating rumors.

As we all know Pete has already become more familiar with Kim’s family including her mother and sisters. Now, it’s a turn for Kim.

Kardashian went to visit Davidson while he was filming a movie in Staten Island, New York, TMZ confirmed the news.

As the production happened to be close to Pete’s grandparent’s home the couple paid them a visit after the comedian was done filming for the day. The two were first linked in October last year when they shared an onscreen kiss during an “Aladdin” themed skit on Saturday Night Live.

For the past few months, the two have grown closer while maintaining a long-distance relationship. Pete has really been supportive as he hasn’t yet met Kim’s kids out of respect for their dad, Kanye West.

Pete Davidson is an American actor and comedian. People mostly recognize him as the cast member on Saturday Night Live.

Additionally, he has also appeared in MTV shows including ‘Guy Code’, ‘Wild ‘n Out’, and ‘Failosophy’. See more…