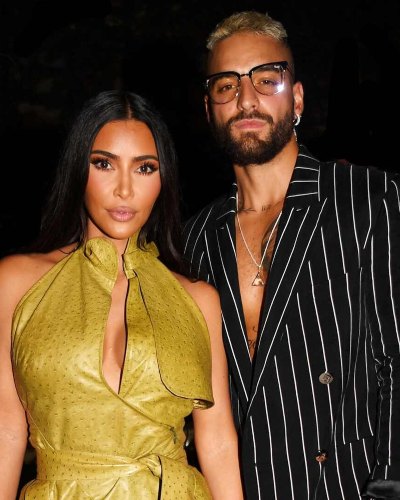 Kim Kardashian and Maluma are ‘just friends’! Kim who split from her husband Kanye West earlier in 2021 was rumored to be dating the Colombian singer Maluma. When the singer was asked about whether he was dating Kim or not, he replied,

“I don’t even know! We were together at the Dior show. I met her for the first time there. I was also there with Kourtney [Kardashian]. People just started talking about it. I don’t know why they started asking her that.”

Kim also made it clear that she had nothing to do with the singer. She laughed off rumors that she was dating him. She also cleared that she was not dating Van Jones either. She said,

“I’m not dating either one. Not Van Jones, not Maluma. I’ve seen [Maluma] a few times, always in Miami. Such a nice guy.”

Maluma is a Colombian singer and songwriter, and he also signed to Sony Music Colombia and Sony Latin. Likewise, he has several singles that have charted within the top 10 on Billboard Hot Latin Songs, including Felices Los 4, Borro Cassette, El Perdedor, and Corazon. Read more bio…

Gloria Estefan went through a traumatic childhood – being sexually abused at the age of nine!
Tags : Singer Songwriter