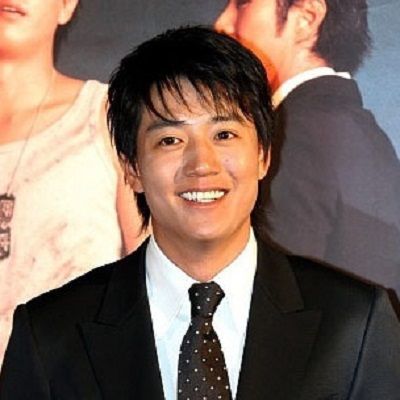 There are rumors that Kim Rae Won has a long term girlfriend who he hasn’t mentioned in any of his interviews. Recently Kim Rae-won revealed that he had been dating a woman on and off during the shooting of Gangnam Blues in 2015 but that relationship faded away.

Out of all, Kim Rae-won is currently single.

Who is Kim Rae-won?

In his professional career, he has won various o the awards up to now.

He was born on March 19, 1981, in Gangneung, Gangwon Province, South Korea. His mother’s name is Lee Seon-young and likewise, the father’s name is Kim Nam-seob. Talking about his ethnicity he is of Asian ethnicity and belongs to South Korean nationality.

His first dream was to become a professional basketball player but after an ankle injury, he turned his sights to acting, studying theatre and film

He started his career as a model for various brands on the television. Afterward, he got a chance to appear on a Korean television show “Half of You” in 1997. His small role also gave an impressive performance that caught the eyes of renowned directors and producers of South Korea.

In the same year when he made the “Half of You” debut, Kim Rae-won then has appeared as a lead actor in his first movie “Scent of a Man”, which was released on 12 September 1998. The film was directed by a renowned director of South Korea named Jang Hyeon-su.

Till the date, Kim has appeared in dozens of movies and television series including Plum Blossom, Gangnam Blues, The Prison, My Little Bride,  Life Is Beautiful, A Thousand Days’ Promise, Love Story in Harvard, Gourmet, Doctors,  Black Knight: The Man Who Guards Me, and more.

Kim Rae-won earns his salary from the South Korean television and film industry. As well as he also earns from the inducement and advertisements of different brands. For the 2011′ TV show A Thousand Day’s Promise, Kim earned around $44,500 per episode and around $890 thousand from the drama. However, the exact figure of his net worth is still not disclosed.

On September 28, 2011, Kim Rae-Won was involved in a physical altercation with a waitress at a bar in Gangnam, Seoul. He issued a denial, claiming he had only interceded in a verbal argument between the woman and an agency rep. And later he made a public apology regarding the incident.

Kim Rae-won stands tall with a height of 6 feet. Likewise, he weighs 75 kg. Talking about his appearance, he has light brown colored hair and black colored eyes.

The actor is active on different social media networking sites. Kim Rae-won has over 22.5K followers on his Twitter account. Likewise, he uses Instagram and has over 286K followers. So, his Facebook page also holds more than 34.8K followers.