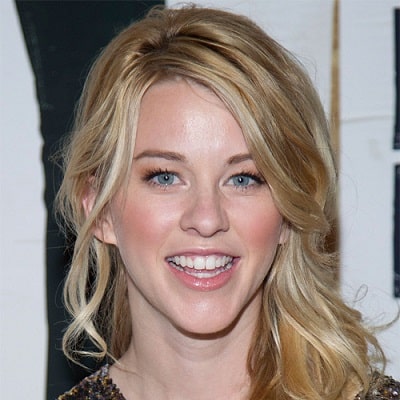 With any modern relationship between a man and a woman, everyone - including their own friends - assume that they're going to hook up.

I'm really proud of this show I did called 'I Just Want My Pants Back.' I was very proud of my work on the show and such a huge fan of everybody involved.

I probably wore out my VHS copy of 'Office Space.'

I love movies, I love television and I know that the kind of stuff I love to watch and that's what I want to do.

Kim Shaw is currently in a relationship. She is dating Wike Gilbert ever since the year of 2013.

Kim revealed her affair with Wike posting their picture on 19 February 2019 on Instagram.

She also had an affair with Stephen Schneider during mid-2010. Stephen is an American actor. They were often spotted all-smiles at the Las Vegas red carpet.

Who is Kim Shaw?

Kim Shaw is an American-Canadian actress.

Kim is known for her performances in I Just Want My Pants Back, Animals, and Saving Hope.

She won Festival Prize in Flager Film Festival for her work in Animals.

Kim Shaw was born on May 20, 1984, in Windsor, Ontario, Canada to father Bob Shaw and Mrs. Shaw. She grew up in Miami and Longwood, Florida.

She is of English and Scottish heritage and in 1998, she got American citizenship.

She attended Lake Brantley high school, Altamonte Springs, Florida. In 2004, she graduated from the American Academy of Dramatic Arts, New York. She was studying Criminal Psychology before moving to Manhattan.

Kim Shaw debuted as a lead in the independent movie, ‘Greetings from the Shore’ in 2007 opposite Paul Sorvino.

She appeared alongside Sarah Jessica Parker in two films: Sex and the City (2008) and Did You Hear About the Morgans? (2009).

Likewise, she portrayed a recurring character of Amber Madison on ‘The Good Wife’, Tina Bradley on MTV’s comedy series I Just Want My Pants Back and Dr. Cassie Williams in Canada’s drama series ‘Saving Hope’.

She has an estimated net worth of $2 million and her anticipated earning is $56,500 USD per annum.