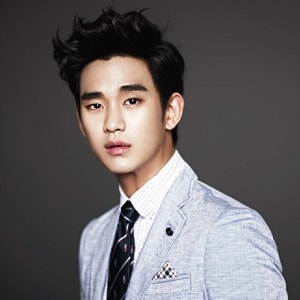 The thing I've done the best in this world is giving birth to Saet Byul. I can't imagine my world without her

Please let go your anger and please send my Saet Byul back. She is my everything

My child has done nothing wrong apart from being born to a mother like me.

Kim Soo Hyun is currently living his single life. He was reported to be dating the former member of Wonder Girls, Ahn So Hee. There was a news about their marriage in February 2017, and his fans shocked. But, it was confirmed it was a fake.

Who is Kim Soo Hyun?

He was born on February 16, 1988, in Seoul, South Korea. He is currently 30 years old and his birth sign is Aquarius. His father’s name is Kim Chung-hoon, who was the lead singer of the 80’s band ‘Seven Dolphins’. He was encouraged to take acting classes during his high school years and wanted to help him overcome his introverted personality. He has a paternal half-sister named Kim Ju-na and she is a singer. He holds South Korean citizenship but his ethnicity is unknown.

He attended Chung-Ang University and studied at the Film and Theatre Department in 2009.

Kin debuted his television career with a supporting role in the family sitcom ‘Kimchi Cheese Smile’ in 2007 and played a lead role in KBS’s youth drama, ‘Jungle Fish’ in 2008 and the drama was awarded Peabody Award along with many awards.

He appeared as a host in the food-based variety show, ‘Delicious Quiz’ and also made his appearance in the short film, Cherry Blossom’. Kin acted in ‘Worst Friends’ in 2009 and the film was awarded the Best Film in Social Drama award. He became more famous after his role in ‘Will It Snow for Christmas?

Kin starred in the teen musical drama, ‘Dream High’ in 2011 and he studied song and dance for three months at JYP Entertainment. He recorded his solo ‘Dreaming’ and the title track of ‘Dream High’.

He increased his popularity after he played as young King Lee Hwon in the period drama ‘Moon Embracing the Sun’ and he set a new record in product endorsements for being the face of 17 products simultaneously.

Kin debuted big screen in the star-studded heist film ‘The Thieves’ in which the film became the second highest-grossing movie in the Korean film industry.

He starred in SBS fantasy series ‘My Love from the Star’ from 2013 to early 2014 and he released his two singles for the drama’s soundtrack titled ‘In Front of Your House’ and ‘Promise’. At the opening ceremony of the 2014 Summer Youth Olympics Games, he sang the official song ‘Light up the Future’ in Nanjing, China.

He starred in KBS’s variety drama ‘The Producers’ in 2015 written by Park Ji-Eun and the drama got ratings domestically and it was sold internationally. He made his appearance in the action-noir film ‘Real’, which was premiered in June 2017.

He was awarded Korea’s Actor of the Year in 2014. He was awarded Best New Actor Award at the SBS Drama Awards for his performance in the film, ‘Giant’ and he won the Best TV Actor award at the 2012 Baeksnag Arts Awards.

His estimated net worth is around $1.2 Billion and his main source of earning is from his professional career. He earns a salary of $83900 per episode of his drama.

He was rumored to be dating NANA, Yoona, and Suzy but the rumors went false after some time.

He has a height of 5 ft. 11 inch and he weighs 65 kg. He has black eyes and black eyes. Other information about his dress size, shoe size, etc. are not available.