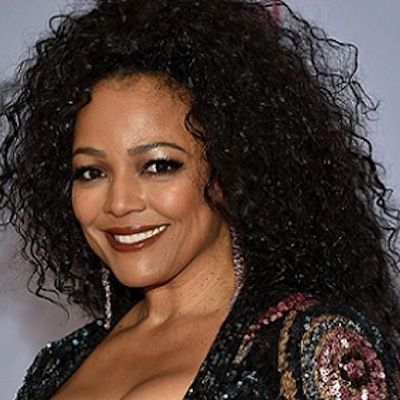 Gospel music to me has always been a balm for the soul. It has been able to usher in the spirit, usher in worship, true worship and praise, healing. I find the music to be very good at healing and the passion, you know, which is a testimony being told in song

Working with Will Smith was one of the highlights of my career. He is so talented and has a tremendous work ethic. We are still friends, and I reach out to him and his partner to pitch ideas. He loves my mother. In fact, my mother was his son Jaden's acting coach for the movie 'Pursuit of Happiness

Acting is my first love. There are still so many characters inside of me that are waiting to come out.

Kim Fields was married to the film producer Jonathan Freeman in 1995 and divorced in 2001. Then she was in a relationship with Broadway actor Christopher Morgan. Fields gave birth to her first child, Sebastian Alexander Morgan with her boyfriend, Christopher Morgan on May 4, 2007.

The couple introduced their son to People Magazine. On July 23, 2007, the two were married in the private ceremony officiated by Pastor Donnie McClurkin. On July 24, 2013, she advertised on the talk show, The Real, that she and her husband were expecting another child a boy. The couple welcomed their second son, Qunicy Morgan, on December 3, 2014, in Atlanta, Georgia.

Who is Kim Victoria Fields?

Kim Victoria Fields is an American actress, singer, and television director. Kim is known for her roles as Dorothy “Tootie” Ramsey on the NBC sitcom “The Facts of Life (1979-88)”, and as Regina “Regine” Hunter on the Fox sitcom “Living Single (1993)” and “What to Expect When You’re Expecting (2012)”.

Kim Fields was born on May 12, 1969, in Harlem, New York, the elder of two siblings. Fields, whose mother was actress Laverne “chip” Kim, grew up in an environment that heavily encouraged acting and performing. She landed her first acting role at the age of 5 appearing on Sesame Street.

She also landed a commercial for Mrs. Butterworth’s syrup around this same time, beating out rival actress Janet Jackson for the coveted gig. Her parents divorced when she was young and when Kim turned 7, she and her mother moved to Los Angeles, California, in search of acting work.

Kim and Chip landed regular work upon their arrival in L.A. Fields appeared in the short-lived Sitcom Baby, I’m Back that ran a few months in early 1978.

But Kim’s big break came in 1979, at the age of 9, when she scored a role as boarding school student Dorothy “Tootie” Ramsey on the popular sitcom Different Strokes.

She later reprised the role for the series spin-off, The Facts of Life. She completed Burbank High School and attended Pepperdine University.

Before appearing on Facts of Life, Fields co-starred in a short-lived sitcom called “Baby, I’m Back” with Demond Wilson and Denise Nicholas and appears in a television commercial for Mrs. Butterworth’s pancake syrup.

Kim played the role of Dorothy “Tootie” Ramsey on the sitcom The Facts of Life from 1979 to 1988. After taking time away from acting she attends Pepperdine University.

In 1993 she starts an episode of The Fresh Prince of Bel-Air. After the canceling of Living Single, Fields began performing rap music and R&B with a group called Impromp 2. With her degree from the University, Fields began directing. She has directed a number of episodes of All That.

On August 18, 2015, it was announced that she would be joining the cast of Bravo reality television show “The Real Housewives of Atlanta” for season eight. On March 8, 2016, Fields declared as one of the celebrities who will compete on season 22 of Dancing with the Stars.

She was partnered with professional dancer Sasha Farber. On May 2, 2016, during a double-elimination, Kim and Farber were eliminated and finished the competition in 8th place.

Kim Victoria: Salary and Net Worth

Kim Fields’ net worth is $8 million but there is no information about salary.

According to rumors, there are no rumors of her and she has not been involved in any type of controversy till now.