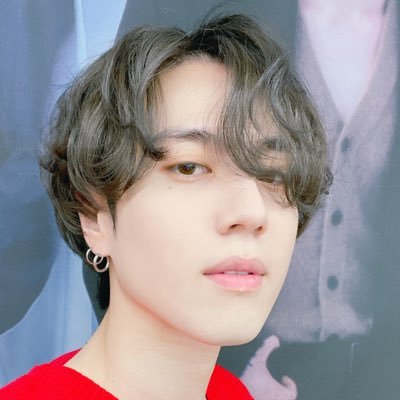 At his age, many of his fans and followers want to know about his life, girlfriend, and relationship status but he has not revealed it yet. He might not be in a relationship because he hasn’t been spotted with any girl till now. However, if any girl he will meet in the near future, hope he will open up and we have something to buzz about. As for now he is single and living his life quite simple and uptight.

Who is Kim Yugyeom?

Kim Yugyeom is a South Korean singer, songwriter, and Dancer who is well known as an internet sensation in a short period. Kim is best known as a member of the South Korean boy band ‘Got7’ and one-half of the Kpop duo sub-unit JUS2. He is also popular for his angelic voice and crazy dance moves. Kim is also famous as the maknae of GOT7.

He is quite secretive regarding his family matters. Kim hardly shares any information regarding his personal life. He grew up with his elder brother who stays hidden from fans. Yugyeom is trilingual who can speak three languages, Korean, Japanese, a little bit of English, and Chinese.

He is of Korean nationality and his ethnicity is Asian. Likewise, his birth sign is Scorpio.

For his further education, he attended Taekyung University and pursued a modeling degree. He met his bandmate Youngjae in the same University who was also majoring in modeling.

Yugyeom started dancing from his childhood. Likewise, Kim did a major in street dance from a high school from Hanlim Arts High School. He took part in dance competitions and even one in some. At his school and collegiate days, Yugyeom competed in several dance competitions. Later, JYP Entertainment scouted him and he became a trainee there. He then joined the boy band, Got7.

Kim along with his bandmates Mark, BamBAm, and Jackson made his appearance in Mnet’s survival program ‘Who is Next: WIN’ in 2013. On January 1, 2014, he debuted as the main dancer, vocalist, and rapper of the South Korean boy band Got7 with the song ‘Girls Girls Girls’.Furthermore, he also made his film debut along with his bandmates with the web drama ‘Dream Knight’. Moreover, he competed in a dance show with other k-pop group dancers like IOI’s Kim Chungha, Block B’s U-Kwon,  SNSD’s Hyoyeon, NCT’s Ten, and MonstX’s Shownu. He was declared the winner of the competition.

Kim is best known as a member of the South Korean boy band ‘Got7’ and one-half of the Kpop duo sub-unit JUS2. Furthermore, he signed with Above Ordinary Music Group (AOMG) in 2021. It is a prominent Korean hip-hop group which is founded by singer, songwriter, and rapper Jay Park.

Talking about his awards and accolades, he and his bandmates have won several awards like Four Golden Disk Awards, three Gaon Chart Music Awards, and three Seoul Music Awards.

Of all his dedication and hard work he has earned a quite decent amount of money and has an estimated net worth of around $1.5M. However, he has not revealed his salary and there is not much information about his asset value too.

Kim stands to a height of 6 feet 0 inches and weighs 67 kg. Similarly, he has a charming personality with a fit body and fair skin. Likewise, he has black hair and dark brown eyes.