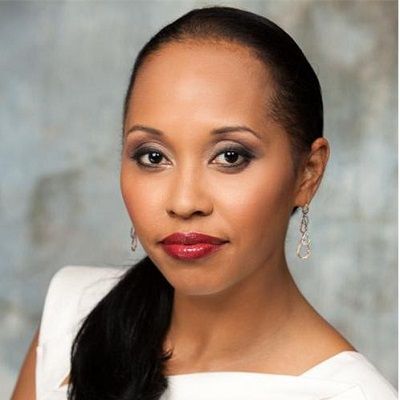 Kimberley Motley is currently single. She was married to Claudiare Motley. Much information about their marriage is unknown.

And sadly on June 21, 2014, Motley’s husband, Claudiare, was shot in Milwaukee. He was shot while attending a high school reunion due to an attempted carjacking committed by Nathan King a sixteen-year-old.

Who is Kimberley Motley?

Motley is the first and the only Westerner that has practiced law in Afghanistan’s courts. Now, she is working on cases in Uganda, Dubai, and the United States, and is expanding her commercial and human rights practice.

Motley is born to an All-American father and North Korean Mother. Though their names aren’t known. The exact date of her birth is unknown but she is 38 years old.

Motley received an Associate of Arts and Sciences (A.A.S.) degree from Milwaukee Area Technical College in 1997. Likewise, she received a B.A. from the University of Wisconsin–Milwaukee in 2000, and in 2003 received an M.A. from the same institution. In the same year, she earned a J.D. from Marquette University Law School.

In 2004, Motley was crowned Miss Wisconsin. In 2008, she working as a public defender in Milwaukee for five years. Kimberley Motley is the first and only Westerner to practice law in Afghanistan’s courts.

She spends nine months of the year living in Afghanistan, defending foreigners to the country, embassies and ambassadors, and women and children in human rights cases.

Additionally, Motley won freedom for countless victims such as a six-year-old child bride, and a British ex-soldier accused of bribery.

She is registered as an attorney with the American, French, U.A.E., Australian, Spanish, Dutch, British, Italian, Norwegian, German, and Canadian Embassies in Afghanistan.

Since 2009, she co-founded Motley Legal Services and Motley Consulting International. Likewise, it is the first American to litigate cases in Afghanistan’s criminal courts, where she has a strong litigious practice that focuses on criminal, commercial, contract, civil and employment law matters.

A documentary film entitled Motley’s Law about Motley made by the Danish Film Production Company Made in Copenhagen. It releases in October 2015.  Likewise, it won the Grand Jury Prize Award and also the Alliance of Women Film Journalists’ EDA Award.

Additionally, Kimberley’s legal and research work is a cover-up by The Washington Post, The Wall Street Journal, The London Times, CNN, the BBC, and The Today Show.

The estimated net worth of Motley is $1 million. According to USNEWSMONEY, as an American attorney, she earns an average salary of $120,910.

In 2010, Motley was under a threat from the Afghan District Attorney’s office to arrest her next time she set foot in Kabul, as retribution for her harsh criticism of Afghanistan’s corrupt judicial system.

On December 16, 2016, Motley went to Havana, Cuba to represent Danilo Machado. While in Havana Motley was arrested without charge and subsequently deported from Cuba. Motley was instrumental to the release of Machado on January 21, 2017, who was released from El Combinado del Este prison without charge.

She has black eyes and hair. Motley has an average height and weight.

Kimberley is not active on Facebook and Instagram. But there are fan pages made in her name.

Click on the link to read more about the bio, family, career, awards, net worth, and relationship about other players like Jacob Markstrom, Elena Delle Donne, Tacko Fall, Karen Yapoort.