Kimberly Innocenzi is a celebrity wife. Her husband is Joe Girardi, an American professional baseball former catcher. They were college sweethearts and are married since 1989. 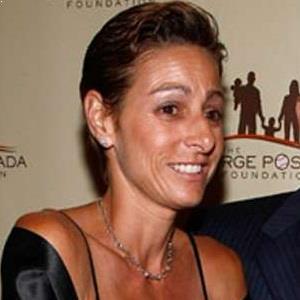 After three years of her graduation, Joe proposed to her. They later got married in 1989. Her close ones attended her wedding.

She currently resided in Purchase, New York with her husband and three children. She lives a happy married life and there are no rumors of divorce as of now.

Who is Kimberly Innocenzi?

Kimberly Innocenzi is the wife of a successful baseball player and manager, Joe Girardi. The pair has been married for more than 30 years.

She grew up in Lake Forest, north of Chicago. In addition, she is of American nationality. In her early life, throughout her childhood, she was involved in the Good News Club, an affiliate of the international Child Evangelism Fellowship.

The Fellowship is a ministry dedicated to the belief knowledge that God is our Creator.

Talking about her education, she attended and graduated from Northwestern University. Furthermore, she was working toward a master’s degree in education when she was dating Joe.

Kimberly Innocenzi played doubles on her high-school tennis team. In addition, she was a third-grade teacher for some time. Apart from being a mother of three, Joe has also described Kim as his source of inspiration in what he does.

After Joe joined the major leagues, Kimberly started a Chicago Cubs Bible-study group with some other players’ wives.

She said in one of her interviews that currently, at home, she gets up each morning at five to spend an hour alone reading the Bible and she drives to the gym while listening to Christian music on a satellite radio station.

Kimberly has supported her husband through thick and thin which is one of the strong components of their marriage.

Joe once said “Kim introduced me to Jesus” and added, “We were sitting in the basement of the Tri Delta sorority house. Kim explained salvation to me, and I silently prayed to receive Jesus as my Savior”.

This shows the support that the couple has for one another. In addition, Kimberly has hosted several charitable events at Yankee Stadium, including fundraisers for stomach cancer research.

Kimberly has not revealed her current salary. Furthermore, there is no information regarding her net worth of Kimberly at present.

Kimberly has kept her personal life far away from the mainstream media spotlight. Currently, there are no rumors concerning her.

Furthermore, she has successfully kept her career away from any notable controversies.

Talking about her body measurement, there is no information regarding Kimberly Innocenzi’s height and weight at present.