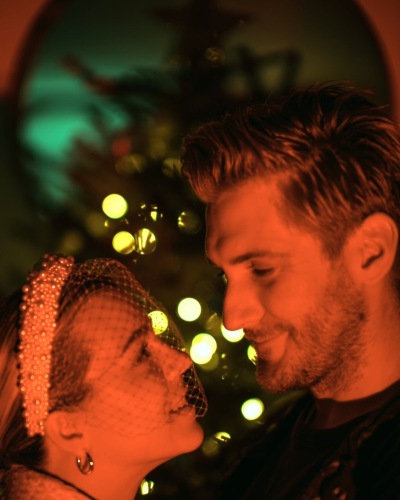 Kimberly Perry and Johnny Costello are married couples! The couple secretly married in June 2021 and have been keeping their married life private. Likewise, the couple celebrated their six-month wedding anniversary. They gave a tribute to one another through separate posts.

Kim posted a photo of the couple looking at one another smiling and looking at each other and wrote,

“Today my love, @juannycostello, and I are celebrating 6 months since “I do!”. On June 17th we hit the road from LA to Las Vegas in a black corvette and got married at midnight. It was wild and wonderful and reminded me all over again that God is the most glorious creator and the master of the most beautiful blueprint for our lives!”

Johnny also confirmed their relationship on Instagram with a picture of them hugging. They traveled from Los Angeles to Las Vegas to walk down the aisle.

Kimberly Perry was previously married to J.P. Arencibia for almost 4 years. They first met in February 2012 at the Florida Strawberry Festival. Arencibia could not stop himself from asking their mutual friends to introduce him to Perry. After a year-and-a-half, he proposed to her in Kimberly’s parents’ backyard.

Likewise, the couple walked down the aisle on 12th June 2014 at the First Presbyterian Church in Greeneville, Tennessee. In 2018, she filed for a divorce from him. The Band Perry released a song talking about the infidelity of her ex-husband.

How much is the net worth of Kimberly Perry?

Kimberly Perry has an estimated net worth of $10 million. Back in 2019, Kimberly and her siblings Reid and Neil Perry listed their California home for sale. They listed the five-bedroom and five-bathroom houses for $3 million. The Thousand Oaks house built in 5,625 square feet had multiple private balconies, vaulted and high ceilings, plaster walls, and plenty of storage space.

Her band The Band Perry has two albums The Band Perry released on 12th October 2010 and Pioneer released on 2nd April 2013. Some of their singles are Hip to My Heart, If I Die Young, You Lie, All Your Life, Better Dig Two, Chainsaw, and more.

All the tea about the love-life of Lil Nas X!
Tags : Singer The Band Perry