Kimberly Stewart is a star kid, reality TV star and fashion designer. Kimberly is the daughter of singer Rod Stewart and actress Alana Stewart. Her relationship timeline is the talk of the town. 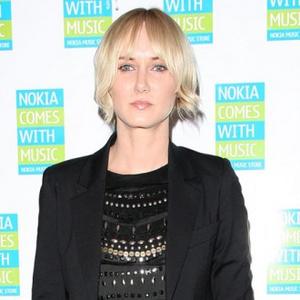 Kimberly Stewart has been involved in numerous relationships in her career.

She was then involved in a brief relationship with British TV Personality Jack Osbourne.

She also had another brief relationship with American Film/TV Producer Joe Francis in 2004.

During November 2004, Kimberly was dating  American Drummer Alex Orbison. Her next relationship came in 2005 with American Actor Jason Mewes.

Kimberly was engaged with American Actor Talan Torriero for 15 days. They dated for 7 months after getting together in April 2005. They were engaged on 16th November 2005 but later separated on 27th November 2005.

She then had a brief relationship with English Socialite Calum Best in 2006.

In 2007, she was involved in relationships with American Singer Caleb Followill and American Drummer Tommy Lee. The later one lasted 2 months from June to August 2007.

She was also in a relationship with British Actor Jude Law in 2008. Kimberly then dated Welsh Actor Rhys Ifans for 6 months from July to 2008.

Kimberly was involved in a relationship with Puerto Rican Actor, Benicio Del Toro in December 2010. They have a daughter from this relationship, Delilah Genoveva del Toro.

Who is Kimberly Stewart?

She attended Buckley School in Sherman Oaks, California and graduated from there.

In 1998, Kimberly had her first acting role in the TV series ‘Pacific Blue’. she has since then appeared in numerous movies and television series including ‘Going to California’, ‘Undeclared’, ‘Agatha Christie’s Poirot’, ‘Homecoming’, and ‘Lost Lake’.

Apart from her acting career, she is also an established model and fashion designer. She appeared on the covers of Tatler and German Vanity Fair, which Bryan Adams shot.

She posed nude in 2008 in the British society magazine Tatler. She had previously posed nude with a crucifix in Italian Vogue, dismaying the Vatican.

Although the exact amount of salary of this American model is not known at the moment, her net worth is estimated to be around $10 million.

Kimberly has not been involved in any notable controversies in her career and has been successful in maintaining a good public image.

Kimberly Stewart shares her daughter Delilah’s first day of school as she cheers on! Know about the mother-daughter and the baby’s father!

How is Kimberly Stewart Co-Parenting Her Baby Daughter With Ex-Boyfriend Benicio Toro?