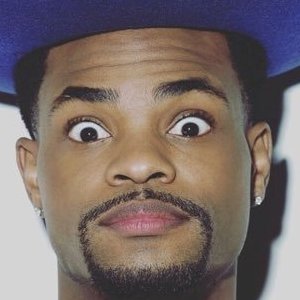 Presently, King Bach is single. He is straight and has no gay inclinations.

He was once seen dating Vine Star, Liane V. This relationship lasted for a short time.

Who is King Bach?

King Bach is a Canadian-born American actor, comedian, director, producer, YouTuber, and Vine star. He has a huge fan following on his Vine account. He has done some remarkable roles in films and TV.

King Bach was born on 26 June 1988, to Jamaican parents in Toronto, Canada. His nationality is American and ethnicity is African.

His parents worked as accountants and are said to be ‘strict’. In 1990, his family moved to West Palm Beach, Florida. King Bach’s parents are followers of Christianity.

He has a sister named Christina Bachelor. She manages his production company, ‘Bach enterprises’.

He did his middle and high school from Coral Spring Charter School. He graduated in Science from Florida State University. He was a champion in the high jump at the college.

He registered his name for a graduate program at New York Film Academy but left it in the last semester. He shifted to Los Angeles to pursue his dreams.

King Bach started his Vine account which soon became very popular. This Vine stardom landed him a role in ‘House of Lies’ on TV. Other film and TV offers started coming and King Bach accepted them.

He was seen as Max in the movie ‘When we first met’ (2017). He portrayed Colt in the TV episode of ‘Workaholics’. He is liaising with NBA star Stephen Curry for a music video.

King Bach: Salary and Net Worth

He has a net worth of $ 2.8 million and his salary is unknown.

In May 2014, there was a rumor that King Bach was shot at and killed. This had started from a false CNN account. He was also rumored to be dating model, Chantel Jeffries.

Chantel Jeffries herself clarified on these rumors as being untrue. He has not been besieged by any major controversy. His work has been appreciated by all and he has not been subjected to any rude criticism. He had once said that he tries not to allow praise or criticism to affect him in any way.

King has a height of 5 feet 8 inches. He has Black hair and Dark Brown eyes. Furthermore, his body weighs 74 kg.