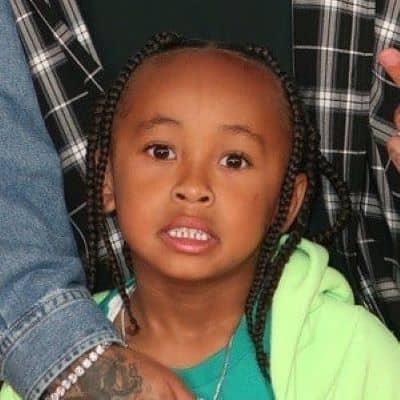 Who is King Cairo Stevenson?

King Cairo Stevenson is a celebrity child known for his parents, rapper Tyga and model Blac Chyna. The famous celebrities though have parted their ways often meet at their child’s birthday celebration.

The child King Cairo was born on October 16, 2012, in California, USA. He belongs to mixed ethnicity, Jamaican and Vietnamese, and has a Libra zodiac.

The 9-year-old is the first child of rapper Tyga (Michael Ray Nguyen-Stevenson) and Miami model Blac Chyna. He has a younger half-sister Dream Renace Kardashian, from his mother’s relationship with Rob Kardashian.

Regarding the education of Cairo, he goes to a local school for pursuing basic education. His parents have engraved his name on their bodies.

King Cairo Stevenson has grown up in a family environment where he has trained himself with the necessary skills and abilities. The young kid has been inspired in modeling and rapper careers by his parents. Let’s see what the future holds and what he grooms himself into.

The rapper’s major-label debut Careless World: Rise of the Last King (2012) has given him his hit singles. The singles Rack City, Faded, Far Away, Still Got It, and Make It Nasty were appreciated by the audience.

He has given many hit albums collaborating with Chris Brown such as Fan of a Fan. His other noteworthy albums are No Introduction, Hotel California, and The Gold Album: 18th Dynasty.

She appeared in many Television series from 2016 including,  E!’s Keeping Up with the Kardashians, Rob & Chyna, The Real Blac Chyna,  Tokyo Toni’s Finding Love ASAP!, and VH1’s Love & Hip Hop: Hollywood.

Surprisingly, Cairo’s father became the owner of a nearly-seven-million-dollar property in Calabasas, California the day he was born. His parents have a net worth in millions but exact riches are yet to update. The former couple makes a handsome earning and hence, is leading their baby a luxurious life.

Remarkably, there have been many controversies relating to King Cairo’s parents. For example, the mother was sued by her former husband Rob in September 2017 for assault, claiming she tried to strangle him with an iPhone charger cord. She did it repeatedly after consuming copious amounts of drugs and alcohol.

In late 2012, two women sued Tyga under the nudity clause in the Make It Nasty video for $10 million each for showing their nipples without consent. Later, his father was arrested by police over domestic abuse charges in October 2021.

The cute boy has deadlock hair and was over seven pounds at his birth. He is in his growing phase so, his height and weight are gradually increasing. Additionally, he has a brown body complexion, black hair, and black eyes.

Though the child is not available with his official social media handle, he is already popular on social sites. People search his name to keep an eye on his recent news.

King Cairo’s father, Tyga has a 31.6 million fan following on his Instagram while his mother Blac Chyna has 16.3 million followers on Instagram.

Blac Chyna Takes Son King and Daughter Dream to Legoland but Leaves her Ex-Fiance Behind: Check out the Cute Pics!

Blac Chyna: her possible return to Tyga, her multiple romantic flings and Tyga’s affair with Kylie Jenner: Read on all this here!