How King Charles III celebrates his 74th birthday? His first birthday as monarch

Posted on November 15, 2022 | Published By: Gracie Hale | In History , Interesting Facts
Share this 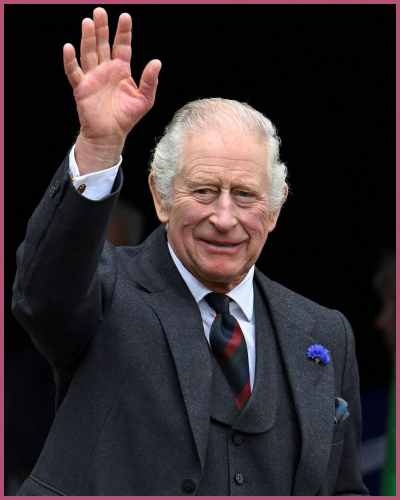 Wishing you a very Happy Birthday Your Majesty!

King Charles III celebrates his first birthday since his ascension

King Charles III turns 74! The King of Great Britain marked his 74th birthday on Monday, November 14. This is the first birthday King Charles celebrates since he ascended the throne after the Queen’s death.

Prince Charles titled His Majesty, King Charles III two months ago on September 8, following the death of the late Queen Elizabeth II, at age 96. His milestone began with a rendition of “Happy Birthday” by the band of the Household Cavalry during the changing of the Guard ceremony at Buckingham Palace.

During the performance, the 41-gun royal salute was fired from the King’s Troop Royal Horse Artillery in Green Park. The King’s Troop is an ascended ceremonial unit in the British Army that fires salutes on royal anniversaries major events like state visits, and so on.

The Honourable Artillery Company also fire their 62-gun salute at the Tower of London.

Also read A Video of King Charles III Getting Mad at a Leaky Pen Goes Viral!

Royal Family has released an official photograph of His Majesty The King in which the monarch was seen leaning on an ancient oak tree. The photograph comes 70 years after his father the Duke of Edinburgh was first appointed to the post.

The post of Ranger has been held by the Sovereign and other family members over the last 460 years, including The King’s father, Prince Philip, Duke of Edinburgh, and Grandfather, King George VI.

Now, King Charles III is continuing a long tradition of the Sovereign and members of the Royal Family.

Will His Majesty follow the royal tradition of celebrating a second birthday?

The “Trooping of the Colour” has marked the official birthday of the British Sovereign for over 260 years. The ancient ceremony represents the Army’s allegiance to the Monarch bringing together over 2,400 parading soldiers, 200 horses, and 400 musicians for a nationwide celebration.

Similarly, the ceremony is held in June each year and is generally on the first Saturday of the month at the time of the late Queen Elizabeth II. His Majesty, on the other hand, is likely to have a second birthday because November is also a cold month.

Nonetheless, Buckingham Palace announced that King Charles III’s coronation will be held on Saturday 6th May 2023.

Also read King Charles III will Soon Address the Nation for the First Time Since the Queen’s Demise!

King Charles III is the eldest child of the late Queen Elizabeth II. He rose to fame as Duke of Cornwall in England and as Duke of Rothesay in Scotland.

King Charles III is the new monarch of England after his mother Queen Elizabeth passed away a day before.

Charles was the longest-serving heir in the history of the British Monarchy.

He is the longest-serving heir apparent in British history having held the position since 1952. See more…