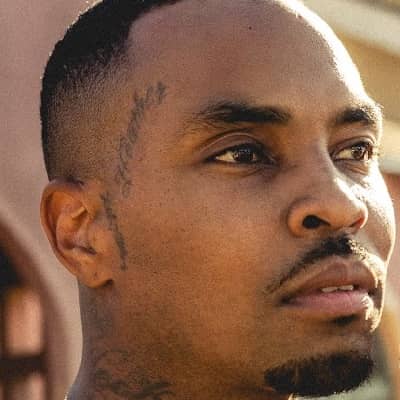 What is the relationship of King Trell?

King Trell is currently engaged to his girlfriend Heather Sanders. The couple has three children including a daughter Zoe Skye, a son Zane Supreme and a daughter, Tylee from his previous relationship.

Who is King Trell?

King Trell is an American rapper, entrepreneur, and reality television personality. He became hyped for his affiliation with rapper Tyga and was also in Tyga’s MTV series Kingin’ With Tyga.

He belongs of American nationality and mixed (African-American) ethnicity. Similarly, his birth sign is Gemini.

He has not divulged his academic history.

The right-hand man and a best friend of Tyga, King Trell is quite popular in the rap industry. He is mostly known for his singles ‘Get Out Of My Face’ and ‘Vice City Remix’.

King is Tyga’s business partner in Last Kings and also appears in Tyga’s series ‘Kingin’ With Tyga’, which broadcasts on MTV. Prior to his fame, he released a song, ‘True Dat’ in 2014 which is his debut single. Some of his notable songs are ‘Get Out of My Face’, ‘Photo Shoot’, ‘No Diploma’, ‘She Wanna Be Saved’, ‘Crisps Run the World’, ‘Talk That Shit’, and ‘Streets Gettin’ Triccy’ to name a few.

He has contributed a lot to the showbiz industry. Moreover, he is already considered a role model for youths.

Trell has not won any awards or nominations till now.

Talking about his income, he earns a good amount of money for his living. His estimated net worth ranges around $300k-$500k. The major source of his income is a music career. Currently, he is spending a luxurious life as seen on his Instagram.

King has not yet made any headlines for rumors and controversies. However, he once got into a motorcycle accident and has been recovering.

Trell has a height of 6 feet 4 inches tall and weighs moderate. Similarly, he has naturally black hair and charming dark brown eyes.

King seems to be quite active on Social media sites. He has over 22.7k followers on Twitter and around 359k followers on Instagram.