Kio Cyr is a Canadian social media star, he has millions of followers on his Instagram and Tiktok handle. Kio is not dating anybody currently. 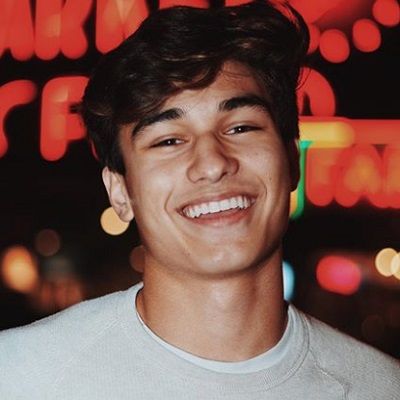 Kio Cyr is currently single. He has not revealed dating anyone yet.

It seems like he loves black color as he wore black color on most of his Instagram posts.

Who is Kio Cyr?

Kio Cyr is a Canadian TikTok star. He is known for creating lip-syncs, transitions, trends, challenges, and other entertaining videos on TikTok.

He is also an Instagram star with more than half a million followers.

Kio attended the Olympia High School in Washington. When he was in high school, he used to play on the soccer team.

After graduating from high school, he made a TikTok video with his friends dancing on the roof of his house. It was the celebration of his high school graduation.

In TikTok, he has around 2.9 million followers. He has gained about 64 million likes on his TikTok videos. Some of his videos have got more than 1 million views.

His merchandise line includes items like t-shirt, sweatshirts, hoodies, and phone cases. He has sold them in collaboration with the company TC Social Club. His merchandise involves the use of images of Koda for branding.

The estimated net worth of Kio is $200 thousand US. His earning from TikTok is estimated to be around $1.6k US.

Kio has dark hair and light brown eyes. He is 5 feet 8 inches tall and weighs around 68 kg.

Kio is active on Instagram as he has around 2.5 million followers. He is following famous personalities like Nick Bean, Mads Lewis, Tanner Buchanan, Daniella Perkins, and Benji Krol.