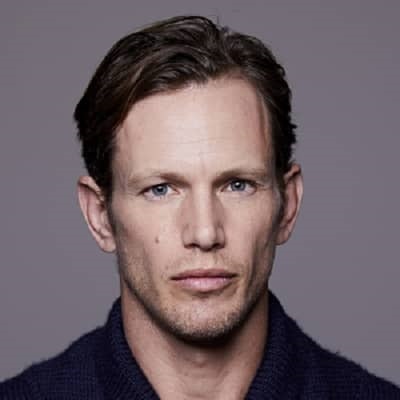 I don't need anyone else, which is a great feeling, but also a depressing one.

No one ever taught me how to shave

no one ever sat down to watch a Braves game with me. I paid for Yale myself, I lived by myself, I taught myself how to play the guitar. I did this all on my own.

Kip Pardue is most likely single as of now. He has been keeping a low profile as of late and has not shared details on his current love life.

In the past, Kip has been in several relationships but unfortunately, none of them lasted very long. His first known public relationship was with co-host Rose McGowan in 2001.

After breaking up in less than a year, Kip went on to date actress Estella Warren. He also dated actress Jennifer Love Hewitt in 2003 and this relationship also lasted very briefly.

Who is Kip Pardue?

Kip Pardue is a popular American actor and model. He is well known in the entertainment industry and mainstream media for his roles in movies such as remember the Titans and The Rules of Attraction.

More recently he portrayed Abe in 2016’s American Fable and Uncle Ray in the 2018 movie Chokehold.

Kevin Ian Pardue, better known as Kip Pardue was born on the 23rd of September, 1975 in Atlanta, Georgia, U.S.A. As of now, his age is 45. His nationality is American and his ethnicity is Caucasian.

Kip has not revealed the names of his parents as of now. But he has shared that he was raised by his mother after his parents’ divorce. The divorce happened when Kip was only 11 and he hasn’t seen his father since.

Kip grew up in his hometown of Atlanta. He loved playing football and baseball and was quite good at both sports. It’s also highly likely that he grew up as a single child because he hasn’t said anything regarding his siblings as of now.

Kip Pardue graduated from Dunwoody Highschool in 1994. After high school, Kip was recruited by Yale University thanks to his talent in the sport of football. He was also good at academics and soon graduated from Yale in 1998 with a B.A. in Economics.

After his graduation Kip soon found himself working as a model after his talents were discovered by Molly Ringwald’s publicist. Soon afterward, he tried pursuing acting as a career. His first appearance on TV was with the TV show 7th Heaven in 1999. In the same year, he also made his film debut with the comedy movie, But I’m a Cheerleader. He also landed his breakthrough role as Ronnie Bass in 2000’s Remember the Titans which launched him into fame.

Kip also acted in movies such as Whatever It Takes, Driven, Rules of Attraction, and Thirteen in the 2000s. He also appeared in minor roles for various TV shows such as House, ER, and Princess during this time. Along with his acting, Kip also continued modeling at the same time. As such he modeled for popular brands such as Armani, Polo, and Abercrombie and Fitch. More recently, Kip appeared in the TV show Runaways as Frank Dean and in the movie Chokehold.

As of now, Kip Pardue has an estimated net worth of roughly 2 million U.S. dollars. He has not shared detailed information on his annual salary or assets as of now.

Kip came under fire in 2018 after True Blood actress Sarah Scott filed a report of sexual misconduct against him. She stated that he put her hand on his penis and even masturbated in front of her. After investigation, he was found guilty of harassment and he had to pay $6000 in fines.

Kip stands at a height of 6 feet 2 inches tall and his weight is roughly 82 kilograms. He is blessed with good looks and has a fit physique with biceps measuring 14.5 inches. His eyes are blue and his hair is blonde.

Kip is not active on any social media platforms right now.

Also, get to know more about the lives of celebrities such as Chris Santos and Matt Cornett.