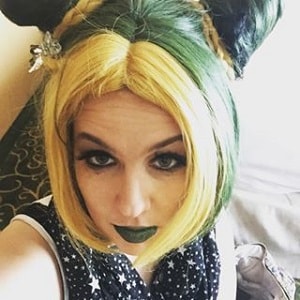 Kira Buckland seems to be living her single life. She has not been linked to anyone and she is currently busy in her career. She might be looking for the right person in her life. Also, she likes to keep her profile low and does not want to talk about her relationship status.

Who is Kira Buckland?

Kira Buckland is an American voice actress and she is famous for her roles as Hiyoko Saionji and Kirumi Tojo in the series ‘Draganronpa’. Also, she is well recognized for her role as Bloody Marie in ‘Skullgirls’ Kanae Sumida in ‘5 Centimeters Per Second’ and Izumo Kamiki in ‘Blue Exorcist’.

She was born on July 16, 1987, in Anchorage, Alaska, USA. She is currently 31 years old. Kira has not mentioned her parent’s name and about her siblings.

She initially wanted to become a singer then she started getting into Japnese animation at the age of sixteen and was orientated to become a voice actress. In order to become a professional voice actress, she took classes from acting coach and participated in a contest hosted by ‘BangZoom! Entertainment’ in 2007.

She loves listening to classic rock music, playing fighting games, taking care of her multiple cats, etc. Buckland holds American citizenship but her ethnicity is unknown. She is inspired by David Bowie.

She achieved her B.A. from the University of Alaska Anchorage in 2007. Also, she graduated with a degree in Japnese.

She started her career working on radio dramas and computer/videos games in 2004. During her university time, she became president of its anime club and founded the first Alaskan anime convention, Senshi-Con, based in Anchorage, Alaska.

She appeared as Orchid, Lotus, Roo-D, in the video game ‘MapleStory’ in 2005. After three years, she portrayed the character of Marie in ‘Eternal Poison’. Then, she appeared in the anime ‘Tweeny Witches: The Adventures’ as Hanamomo from 2008 to 2009. She got an opportunity in anime with the help of a childhood crush who was also into anime.

Her notable anime role includes Ayumi Otosaka in ‘Charlotte’ in 2016, Kurvay in ‘World War Blue’ in 2017, Luculia in ‘Violet Evergarden’ in 2018, and recently appeared as Reimi Sugimoto in ‘JoJo’s Bizarre Adventure: Diamond is Unbreakable’ in 2019.

The 31 years old actress has not revealed her net worth, income, and salary, however, it is under review.

She has been successful in maintaining her celebrity status and has not harmed anyone in her career.

Kira has got blonde hair and dark brown eyes. Other information regarding her height, weight, body measurement, etc. are not available.