Kira Girard is engaged to David Newman. Her fiancé, David is a real estate agent by profession.

Kira Girard is engaged to David Newman. Her fiancé, David is a real estate agent by profession. The couple first met at the best friend’s wedding. Later, the couple started dating each other. 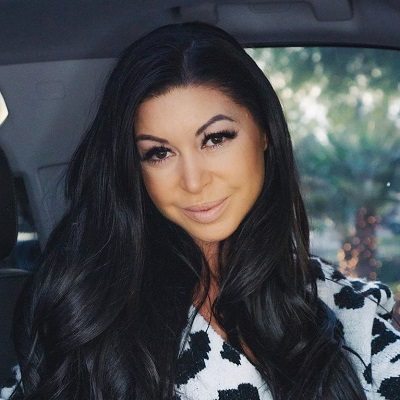 Who is Kira Girard?

Kira Girard is a TV Personality and Dance teacher. She is renowned as the mother of the actress, Kalani Hilliker.

Last, in 2020, she appeared in the TV series, Dance Moms Funniest Fights.

Kira Girard was born on the 4th of August 1981 in Gilbert, Arizona. Her birth name is Kira Salazar. She is of Spanish ethnicity with Basque roots.

Till the date, she has not shared any details on her family background including her mother, father, and siblings. Also, details on her academics are behind the curtains.

Talking about her professional career, there is very less known. However, she came in the limelight when she appeared in the Lifetime’s TV series, Abby’s Ultimate Dance Competition. In the series, she appeared as the mother of Kalani Hilliker. In the series, her daughter, Kalani came out as the third runner up of the show.

Following the series, she became a contestant of Lifetime’s dance competition, Dance Mom along with Kalani Hilliker. In the series, she was associated with the show as the cast till 2017. Recently, she appeared in the show, Dance Moms Funniest Fights.

Currently, she works as the dance instructor. Also, she owns the dance studio, Adage Dance Studios.

Kira Girard has brown eyes with black hair. She stands at a height of 5 feet 6 inches and has a decent weight.

In 2015, she came in the headlines when she had a nasty fight with Sarah Hunt’s mother, Tracey in the backstage of Dance Mom. At the time, she gave compliments about the dancing technique of Sarah.

However, the compliment took a nasty turn. At the time, the dance instructor, Abby Lee Miller intervened in the fight.

She also has a self-titled YouTube channel with around 1.98k subscribers and more than 527.5k views.

You may also read the bio of Rochelle Pangilinan, Mandla Kadjay Carl, and Asha Kamali.