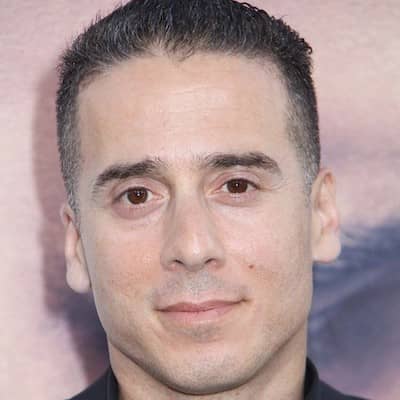 Because I'm seen on Oz, a lot of the urban cats in the city are like, 'Yo, I thought you'd be rolling in a Mercedes?' And I'm just like, 'Not at all!' This is cable money. There is a big difference between that and a network. But still I can't complain. It's better than doing a 9 to 5 any day

I like a woman who has a vocabulary larger than 'shoes' and 'handbags.' But a nice pair of legs to go in the shoes is always good, too

I tell people all of the time that they would make any show in this business - whether it's black, white, Hispanic, Jewish, Colombian, Dominican - whatever. They'll make it if it sells. It's a business. It's not personal.

Kirk Acevedo is at present in a married relationship. He exchanged vows with Kiersten Warren on 16 May 2005. His wife is an actress by profession.

Their affair details are unknown and are blessed with a child. Kiersten gave birth to their daughter and named her Scarlett James Acevedo.

Who is Kirk Acevedo?

Kirk Acevedo is an American actor. He is famed for appearing in Oz, Law & Order: Trial by Jury, Fringe, and more.

His upcoming movie Don’t Look There is under the pre-production stage. In this, he will be seen as Thorwald.

He was born as Kirk M. Acevedo in New York City, New York, the United States on 27 Nov 1971. The name of his mother and his father’s name is also behind the curtain.

Kirk’s ancestry is Purto-Rican and has a brother Richard Acevedo.

Talking about his academics, he attended LaGuardia High School of Music & Art and Performing Arts and majored in Drama.

Then he went to SUNY Purchase School of Acting and earned his BFA degree in acting.

Kirk Acevedo from childhood was interested in acting. He is now one of the popular faces of the entertainment industry. He was seen in several movies like The Thin Red Line (1998), The Visit (2000), Invincible (2006), etc.

Recently, he played the role of Ted in a horror film titled Insidious: The Last Key (2018). But this actor’s fame is more related to his TV roles. He has been featured in several hit tv series.

His first TV presence was in New York Undercover (1994) for an episode. He increased his fame after appearing in Oz as Miguel Alvarez from 1997 till 2003.

Kirk’s character in Band of Brothers as Joseph D. Toye, Law & Order: Trial by Jury as Hector Salazar, The Black Donnellys as Nicky Cottero, and Fringe as Charlie Francis are much appreciated.

His other notable acting credits are,

As of now, his estimated net worth of around $4 million. However, his salary and other earnings are unknown.

This Arrow star is keeping himself away from rumors and is also not surrounded by any desperate scandals.

Regarding Kirk Acevedo’s body features, his height is 5 ft 11 inches and his body weight is 71 kg.

Moreover, his eyes are dark brown but his hair color is black. His body is fit and he follows an exercise routine.

He does high-rep sets, jogging, jumping ropes, jumping jacks, and other typical gym workouts. He also does a trick of MMA and boxing.