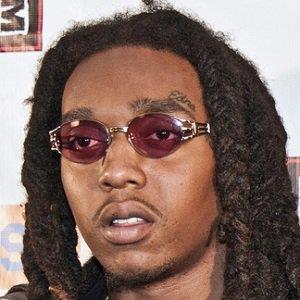 Kirshnik Ball has kept his personal life details private and under wraps. There are no details available about his past relationship.

Who is Kirshnik Ball?

Kirshnik Ball is an American rapper who is best known as one of the members of the hip-hop trio called Migos and he is mostly known by the stage name ‘Takeoff‘.

Their breakout singles ‘Versace’ went viral and reached #99 on the Billboard Hot 100.

Born as Kirshnik Khari Ball in Lawrenceville, Georgia on June 18, 1994. As of 2021, he is 27 years old. He is born with American nationality and has African-American ethnicity.

No information regarding his father, mother, and education has been revealed to the public and his fan followers.

He began developing rhythm and mixing beats when he was in grade 7 at the age of 13 but didn’t take it seriously until 2011. His personal life isn’t in the limelight as his career is.

Rising talent Kirshnik Ball came into fame when his hip-hop trio called ‘Migos’ released his singles ‘Versace’. He is mostly known by the stage name Takeoff. Migos was formed in 2009 by Quavious Keyate Marshall aka Quavo, Kirshnik Khari Ball aka Takeoff, and Kiari Kendrell Cephus aka Offset.

The three-member of the hip-hop trio were raised together and are related to each other. Quavo is Takeoff’s uncle and Offset is Quavo’s Cousin. Being in Migos, he has collaborated with top artists including R. Kelly, Gucci Mane, Busta Rhymes, Riff Raff, Drake, and much more.

Ball has started his career journey in the industry from the year of 2009 and he is still currently active in the field. Their hip-hop trio ‘Migos’ was nominated for various categories in BET Award.

He proved to the world that age is just a number achieving so much more from an early age.

Heart-throb rapper Kirshnik Ball has neither been into any rumor nor controversial sufferings in his life. On a drunk stage, Kirshnik Ball had once gone and slept beside an unknown girl.

Having realized that it was Kirshnik ball sleeping beside her, the girl clicked his photo in the sleeping position and put it on the internet. He has also been arrested with his other two band members for drug possession.

Kirshnik Ball has a height of 5 feet 10 inches. His weight is 79 kg. He has black hair and black eyes.

Did an inebriated Kirshnik Ball ‘Takeoff’ fall asleep besides an unknown female? Read this birthday boy’s controversies and more…!

Omg!!! Do you believe the handsome, popular, beloved, Kirshnik Ball is still single?

Rapper Kirshnik Ball a.k.a Takeoff: His Overnight Success in his Career…Is he Single? Know All about his Relationships,Career,Hook up and Many more!