Kirsten Vangsness is an American actress and writer. She is best known for her portrayal of FBI Technical Analyst Penelope Garcia on the CBS drama series Criminal Minds. 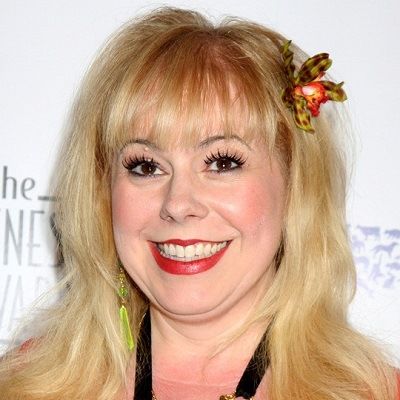 I am always sort of delightedly surprised when someone recognizes me because as far as I'm concerned, I'm just going to work and getting paid to act and that alone is fantastic, I forget people watch it too.

I'm as queer as a purple unicorn singing Madonna.

Though she considers herself bisexual, she finally has found her partner. She is now engaged to actor and writer Keith Hanson since November 2015, after dating for sometimes.

Who is Kirsten Vangsness?

She has acted in many films such as Sometimes Santa’s Gotta Get Whacked, Saria’s Songs, The Chicago 8, Axis, Dave Made a Maze.

Vangsness was born Kirsten Simone Vangsness on July 7, 1972, in Pasadena, California, United States. She is a Cancer. As of 2021, she is 49 years old.

Her father is Errol Leroy Vangsness and her mother, Barbara Mary Vangness of Norwegian-Italian ethnicity.

She graduated from California State University, Fullerton in 1995.

Kirsten is recognized for her distinguishing character in every role she plays. Her stage credits include A Mulholland Christmas Carol, The Fan Maroo, The Bank of Liz, Spider Bites among others.

Kirsten started her career in 1998 when she gets a role in the Short film “Sometimes Santa’s Gotta Get Whacked“. Some of her famous films are

Kristen’s articles have been published in the Los Angeles Times. Additionally, she has co-written three episodes of “Criminal Minds” with executive producer, Erica Messer.

Kirsten has an estimated Net Worth of around $3 million. Her earning sources are acting, writing, and earns $37,430 and above as an actress.