Skip to content
Married Biography
Married Biography / Entertainment / Why is Kirstin Maldonado and fiance Jeremy Michael Lewis not married yet? Find her net worth, instagram and biography... 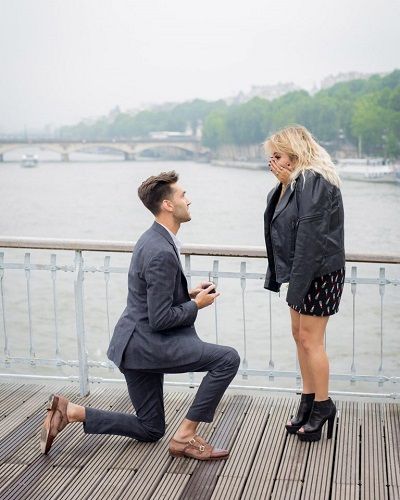 Kirstin Taylor “Kirstie” Maldonado known as Kirstin Maldonado is an American singer and songwriter. She is one of the members of the acapella group Pantatonix. When she was 8 years old, she sang at her mother’s wedding reception so she was enrolled in a voice lesson.

In May 2014, she performed at the Hippodrome, London with the song “Never Neverland” together with Scott Alan. Maldonado has also appeared as Lauren in the broadway musical Kinky Boots.

Kirstin Maldonado and boyfriend Jeremy Michael Lewis got engaged on 29th May 2016. It was a beautiful proposal that Jeremy made sure got captured as his photographer had planned the location and everything. Jeremy proposed her on a romantic trip to Paris.

“I wanted to do something unique with a location and angle I’ve never shot before in Paris. I didn’t want it to be too busy of a location and for the moment to be theirs. I was pretty scared that someone else was going to recognize her at the time he proposed.”

“The plan was for me to pretend to be a fan, so I could ask first for a picture of her and then, a picture of the two of them. Then I told him the keyword, ‘Oh la la,’ and he knew timing was perfect to propose. And he did.”

His sudden proposal shocked Kirstin. She could not believe it and she was crying with excitement. As per the photographer, it was a perfect proposal. The weather was romantic as it started pouring about an hour afterward they finished shooting.

“At first, I had nothing planned out, which is why I wanted a wedding planner — because I had no idea about anything. I also like a bunch of different things and need someone to reel me in,” she says. “I need someone to focus me.”

“I have a dress. We have a location. We have the bridesmaid dresses. All the decisions are starting to come. We’re able to see them visually — so now I’m able to get a better sense of what is happening,”

But unfortunately, their wedding was not successful. They had to postpone their wedding due to work on certain unstated issues. They have not replanned for their wedding and are still just engaged with each other.

How much is Kirstin Maldonado’s net worth?

The estimated net worth of Kirstin Maldonado is $8 million. Her band Pentatonix won the third season of the reality TV series The Sing-Off on NBC and won $200,000 as well as a recording contract with Sony Music.

She has released an EP LOVE in the year 2017. Her singles are Break a little, All Night, and Naked. She has bought a house with her fiance Jeremy Michael Lewis. Maldonado said,

“We bought a house last year and I feel like just because I travel so much. My poor fiancé is always like ‘Let’s go somewhere!’ and I’m like, ‘I wanna stay home’ — because now we own one and we’re renovating it and making it a home home,”

Kirstin Maldonado was born on 16th May 1992 in Fort Worth, Texas. She is 28 years old at present. She is the daughter of Michael Cisneros and Angelica Maldonado. Her father is Mexican whereas her mother is Italian-Spanish.

Similarly, Maldonado’s mother raised her in Arlington, Texas. At the age of 5, she first expressed her wish to be a singer.

Kirstin Maldonado is a multi-platinum recording American singer. She is famous as the only female member of the a cappella band Pentatonix. Furthermore, she has also won Grammy Awards three times. So far, she has released seven studio albums and also sold over six million albums. Read more bio… 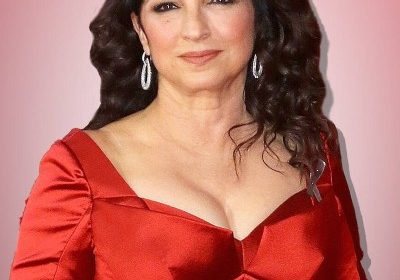