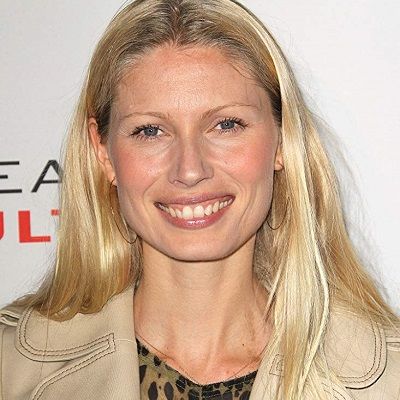 It's hard to suddenly adapt from being a little girl in Scotland with no responsibility to living in a big city and earning money and travelling all over the place and having phone bills to pay and an apartment to clean and all the rest of it. When I left Scotland, I didn't even have a credit card.

My primary objective is to make money so that after I quit modelling, I can live a tranquil life.

I love painting people, printing and I'd like to take metal work classes. I'd rather be remembered as a famous painter, than a famous model, so I better get the ball rolling now.

Kirsty Hume is currently single. Previously, she married Donovan Jerome Leitch who is an English born American actor. They married on 23rd September 1997 in a fairy-tale ceremony on the banks of Loch Lomond.

When she was 27 years old, she gave birth to her first daughter Violet Lilac Jean Hume Leitch on 21st March 2004. Their marriage did not last long and they separated in 2011.

Their divorce was finalized in 2014. Donovan is currently married to Libby Mintz. After the divorce, she studied painting and paganism after their move.

Similarly, she is fond of wearing flip flops and Birkenstocks.

Who is Kirsty Hume?

She appeared as a model in the short video Nordstrom: I Am Spring.

Kirsty Hume was born on 4th September 1976 in Ayrshire, Scotland. Her mother died of cancer when she was 14 years old. After that, she was raised by many of her relatives.

She has also appeared on the cover of Harper’s Bazaar which was photographed by Patrick Demarchelier. In the year 1996, Kristy featured as a model for Chanel ads. She has worked as a model and featured in Victoria’s Secret and Gucci.

In January 1998, she wore a bias-cut chiffon gown designed by Donatella Versace at the Milan fashion show.

In 1998, she attended the Halloween party at Lot 61 in Chelsea, Manhattan with Leitch and Oliver Stone.

She was in the interactive fashion art film of Imagine Fashion Decadent Control.

Kirsty has blonde hair and blue eyes. She is 5 feet 11 inches tall.

She is active on Instagram and has around 8.7k followers. She has followed personalities like Barack Obama, Giles Deacon, Greta Thunberg, Monon Von Gerkan, and others.