Who is Kristy Young husband? Kids and Relationship

Kirsty Young is married to businessman Nick Jones, the founder of the Soho House club.

She has two daughters Iona and Freya with Jones. Also, Kirsty has two stepchildren Natasha and Oliver, from Jones’s previous marriage. 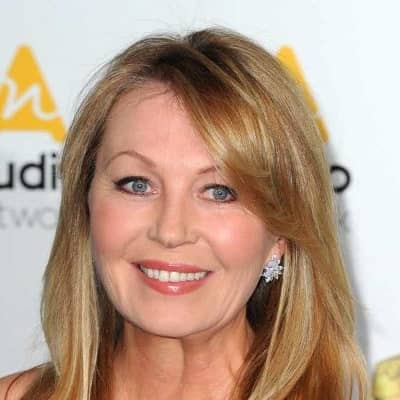 Who is Kirsty Young?

Kirsty Young is a Scottish television and radio presenter who worked for 13 years under BBC.

She was born on 23 November 1968 in East Kilbride, a suburb of Glasgow under the birth sign Sagittarius.

Her biological father, Joe Jackson, was a police detective while her mother, Catherine, known as Rena, worked secretarial jobs. Kirsty has no siblings and is the only daughter of mother Catherine.

When she was three weeks old, her father walked out of the house and her life. Her mother regrets marrying at 19 but at the same time is blessed to have Kirsty.

Kirsty is a high school graduate who decided not to pursue a university education. She was first sent to Cambusbarron Primary School and later passed out from Stirling High School.

She shared with her audience that she had suffered from bulimia as a teenager on the first episode of her first TV show. Not to forget, she inaugurated her school’s new building in 2008.

To begin with Kirsty’s career, she started as a media persona as a runner and as a researcher. At first, she became a continuity announcer for BBC Radio Scotland in 1989.

After moving to Scotland in 1992, Kirsty worked as a presenter of Scotland Today and also ran her chat show, Kirsty. Later, she joined as a relief presenter for The Time, The Place and appeared on the Holiday program.

She also co-hosted a consumer show The Street on BBC Two. She also ran the show Have I Got News for You from November 2003, as a presenter.

On 29 September 2007, Kirsty succeeded Fiona Bruce as the presenter of Crimewatch. She presented the show from January 2008 until December 2015.

Starting from 11 January 2010, Kirsty ran a four-part BBC TV series entitled The British Family. Later, she presented the TV series The British at Work in 2011.

With her endeavors, UNICEF UK appointed her as the President in July 2018. She also had several shows in between which earned her much recognition and her lifetime contribution is respected.

Kirsty was appointed as a Director of Sussex Royal, The Foundation of the Duke and Duchess of Sussex in October 2019. She served according to her oath until the Foundation was dissolved in July 2020.

Talking about the net worth of Kirsty Young, she has estimated riches as of 2022 are worth $1.5 million. She earned a handsome paycheque while enrolling as a BBC presenter. However, her annual average salary is concealed

Reportedly, there are no controversies and rumors relating to the Scottish TV presenter as she does not mix her personal and professional lives.

Kirsty is 5 feet and 6 inches tall and weighs around 65 kg. The TV presenter has blonde hair, a fair body complexion, and blue eyes.

On top of that, there is no wiki relating to Kirsty’s chest-waist-hip measurements, dress size, and shoe size.

She is not fond of using social media but she definitely keeps in touch with all those updates and announcements made on this site as a media personality.

Know some cool facts related to the singer and musician Lady Gaga!