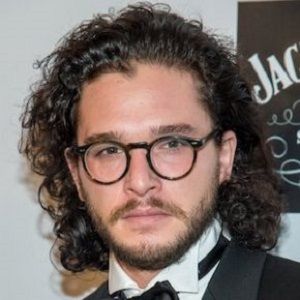 On a serious level, I wouldn't tell the press if I was in a relationship or not. I wouldn't ever reveal that, because it takes you down a certain road... I have no desire to be courting the press with my love life

Kit Harington is married to his Game of Thrones co-star Rose Leslie on 23rd June 2018. The couple began dating each other back in 2012.

Previously, he dated the famous Canadian actress Anna Cyzon in 2011.

Who is Kit Harington?

Kit Harington is a British actor. He is famous for playing the role of Jon Snow in the HBO television series Game of Thrones since 2011. He is one of the highest paid actors on television and earned £2 million per episode of Game of Thrones. He also played lead roles in the films Pompeii (2014), Testament of Youth (2014), and Spooks: The Greater Good (2015).

Kit Harington was born on 26 December 1986, in London, England, UK. His nationality is British and he is of English, Scottish, Northern Irish, Welsh, and Dutch ethnicity.

His birth name is Christopher Catesby Harington. He is the son of Deborah Jane and Sir David Richard Harington. His mother is a former playwright and his father is a businessman.

Kit attended the Southfield Primary School from 1992 to 1998. When he was 11, his family moved to Worcestershire, where he studied at the Chantry High School in Martley until 2003.

Kit became interested in acting after watching a production of Waiting for Godot when he was fourteen years old. Harington performed in several school productions. He attended Worcester Sixth Form College in 2003, where he studied Drama and Theatre. He graduated from there in 2005. After that, he attended the Central School of Speech and Drama and graduated in 2008. Before acting, Harington originally wanted to become a journalist.

Kit began his acting career while he was in school. He made his acting debut playing the role of Albert in the National Theatre’s adaptation of War Horse. He got a great recognition after the drama. After War Horse, Harington auditioned for and landed his first television role as Jon Snow in the television series Game of Thrones.

His performance in the series led him to great critical acclaim and positive reviews and was quickly picked up by the network for a second season. In 2012, he was nominated for a Saturn Award for Best Supporting Actor on Television for his role in the series. In 2017, Harington became one of the highest-paid actors on television and earned £2 million per episode of Game of Thrones.

Harington made his cinematic debut in 2012 as Vincent in Silent Hill: Revelation 3D. He was honored with Actor of the Year at the Young Hollywood Awards 2013. His first major lead role in a feature film came up when he played Milo in the Pompeii. In 2016, he won the Gold Derby TV Awards for Best Drama Supporting Actor for his role in Game of Thrones.

Kit Harington: Salary and Net Worth

He has a net worth of 4 million dollars. But there is no information regarding his salary. Seeing his performance in this field we can assume that he earns a good salary.

Rumors were that he dated the famous Brazilian actress Grazi Massafera in 2016. He was criticized when he poked fun at Belfast and tourism bosses when he appeared on a late-night chat show to promote the HBO series Game of Thrones. He was dragged into a controversy when he made the comments on Late Night with Seth Myers.

Kit has a height of 5 feet 7 inches and weighs 77 kg. His hair color is dark brown and eye color is brown. His chest size is 42 inches, waist size is 33 inches and biceps size is 15 inches. He wears a shoe size of 9(US).