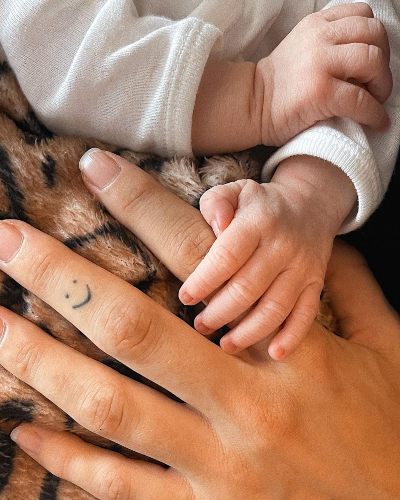 “Sasha Vai Keneti Apa, born on the 23rd of September. He is a perfect perfection. I am the luckiest to have now two men of my life, filling my heart with this cosmic gigantic vast love.”

The pair were congratulated by their friends and co-stars for the new addition. In the Instagram post, she shared a picture of the baby’s tiny hand grips one of Berry’s fingers. But KJ did not post anything to announce the baby’s news but he did give his baby-mama a shout-out while promoting his new album. He wrote,

“@clara.berry for taking my love for you to another dimension this week. thank yous”

The pregnancy news was announced in May 2021 by sharing a personal photo of Clara showing her pregnant belly while sitting next to the couch. They confirmed their relationship in January 2020.

Also read ‘Riverdale’ actor KJ Apa is going to be a father! Who is his pregnant girlfriend Clara Berry?

KJ Apa is a Kiwi TV and a film actor. Multi-talented KJ also plays guitar. He came to recognition in the entertainment industry after featuring in soap opera in New Zealand named Shortland Street.

Presently, he is famous for starring in the American teenage drama series Riverdale. Additionally, he is also known for starring in 2017 in the comedy-drama film A Dog’s Purpose. Read more bio…