Posted by MarriedBiography Last Modified August 30, 2020 | In Career
Share this 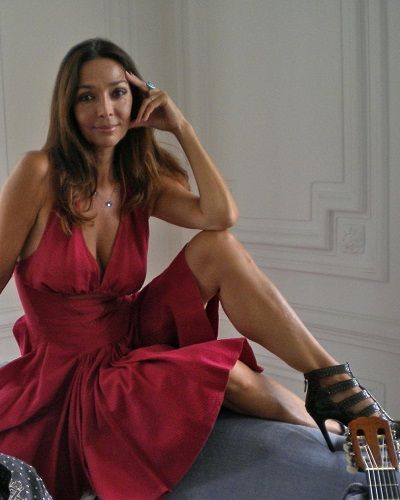 Carole Raphaelle Davis is someone who we miss from the 80s. The beautiful, talented and amazing actress. So, for all people who were not there in the 80s, you have a chance to know about this beautiful lady.

Start to her career

She played the role of Jai in the movie. After that, she was soon seen in another movie C.O.D. with the role of Contessa Bazzini.

She was also a part of the super hit movie of the 80s The Flamingo Kid in 1984. It was not a significant role but still, the fact that she was a part of the movie can never be untrue.

The other film that she was recognized for is Mannequin (1987). She is known to most of the people from this movie as her character of Roxie Shield.

She plays as the girlfriend of the main character Jonathan Switcher. This film is also one of the hits of those time gaining over $42 million from a $6 million budget. It is also the debut at No. 1 surpassing Over the Top.

Works from the 90s

To start her 90s, she was featured in the film The Shrimp on the Barbie as the best friend of one of the main character Alexandra ‘Alex’ Hobart. This movie was also released in the name of The Boyfriend from Hell.

In 1991, two movies featuring Carole was released. One a comedy film If Looks Could Kill and the other was a drama film The Rupture.

The television series credit for Carole comes from Sex and the City. She might not be a regular cast of the series but her acting in this show is commendable as well. This is a programme with over 50 Emmy Award nominations and 24 Golden Globe Award among which 8 of them are in the name of the series.

The latest work she has done is The Queen of Hollywood Blvd in 2016. Here is a video of the actress showing clips from movies, she has worked in:

You may like to read Meet Isabelle de Borchgrave, the Belgian artist who utilizes paper to recreate fashion!

Today, the 62-year-old actress seems to be enjoying her life with her husband Kevin Rooney, who is also an Emmy Award-winning writer for several movies. Before that, Carole was also married several times.

Previously, she was married to Steven Davis, Stewart Eisenberg, and Robert Saland. Not many information about her previous marriages has been revealed.

She also is a mother of Lauren Silverman, who is known to be the lover of reality show judge and producer Simon Cowell. Lauren is the daughter from the relationship between Steven and Carole.

Carole is also a grandmother with two grandchildren: Eric and Adam. Both of them are Lauren’s children, Adam from her previous marriage with Andrew Silverman and Eric from her current relationship with Simon Cowell.

Also read Dressing mannequins in the front windows at the family store led her to launch her own Fashion line!

Carole Davis is an actress, singer/songwriter, and writer. She signed to Warner Brother records in 1989. Additionally, she is the West Coast Director of the Companion Animal Protection Society, a national non-profit organization that investigates puppy mills and pet stores. More Bio…